Omarosa: Trump is ‘losing his mind’ because he hasn’t been golfing during his shutdown 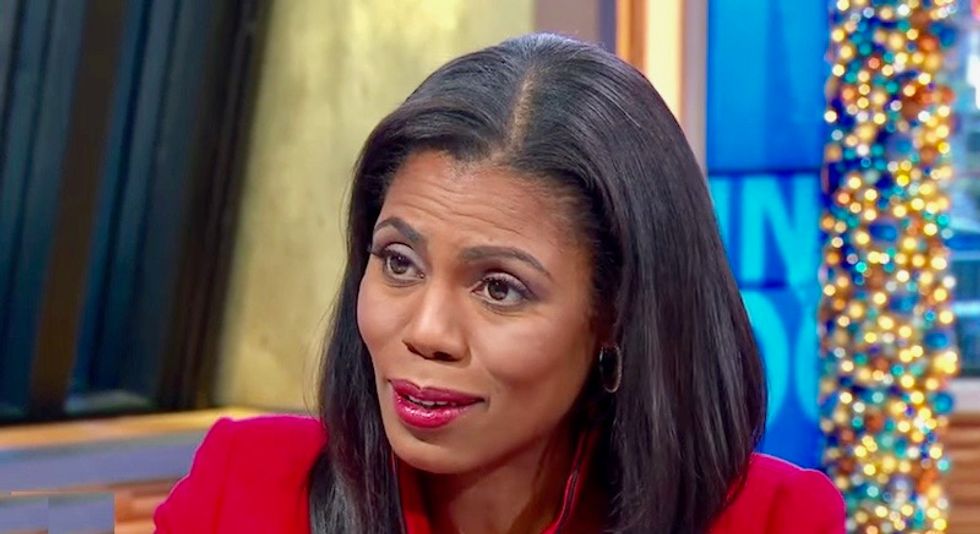 Former White House staffer Omarosa Manigault Newman says President Donald Trump is "losing his mind" because he has been unable to golf during his shutdown of government.

Trump has already set the record for presiding over the longest government shutdown, which is now in its 25th day.

"He likes to call people to try to reinforce that he's right in the situation, even though he sees the data that says that he's wrong," she continued. "Particularly on the shutdown in this case, he's watching coverage showing Americans disprove of this and he'll call people who say, 'you're fine, hold your ground.'"

The shutdown is also impacting Trump's ability to golf.

"It's been 50 days since President Donald Trump has hit the links, marking his longest stretch without a golf outing since taking office," NBC News reported Monday. "The government shutdown is at least partially to blame — his planned holiday break at Mar-a-Lago was canceled as a result of the standoff, meaning Trump has now spent much of the last seven weeks at the White House in the midst of Washington's winter weather."