Oscar nominations: all the fun facts 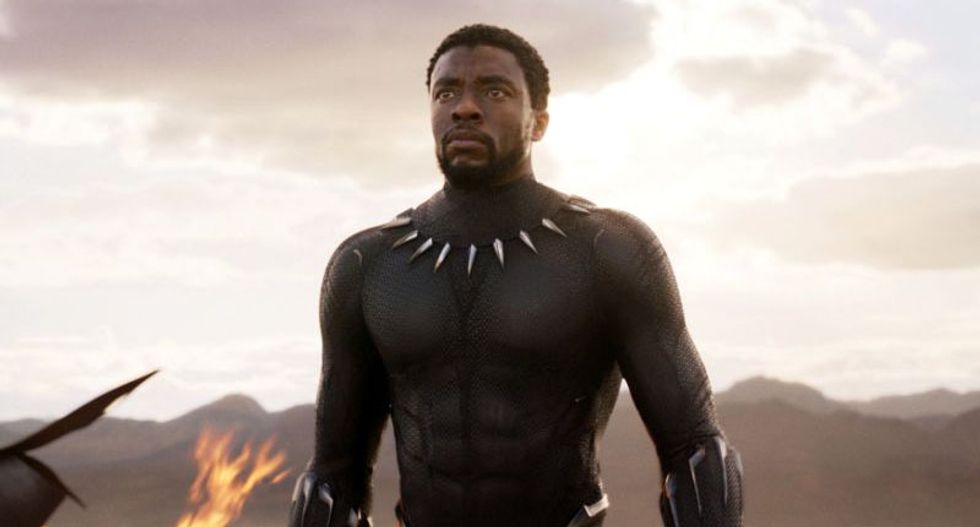 Chadwick Boseman in a scene from "Black Panther" (Marvel Studios/Disney)

The nominations for the 91st Oscars were announced Tuesday, with "Roma" and "The Favourite" leading the pack.

But the statistical quirks that the annual event throws up can be as intriguing as tracking which movies get the most nods.

Here are some fun facts and figures from this year's list of nominees:

Streaming giant Netflix took a major step forward in its quest to be both a distribution king and a purveyor of quality original content with 14 Oscar nominations, including its first for best picture for "Roma."

"Roma" earned 10 nods, while "The Ballad of Buster Scruggs" -- the latest from Joel and Ethan Coen -- scored three. The last Netflix nomination went to "End Game," which is up for best documentary short subject.

Netflix claimed a 15th nomination for another documentary short, "Period: End of Sentence," but it was not listed as a Netflix production in the Academy's press kit.

In 2018, the company earned eight nominations, half of them for "Mudbound." In the years before, Netflix had just a handful of nominations, all in documentary categories.

By comparison, Amazon Studios -- which had already broken through in the best picture category in 2017 with "Manchester by the Sea" -- earned three nominations for steamy Polish love story "Cold War."

For many moviegoers, the Oscars have become somewhat elitist, often rewarding arthouse fare that not many have seen. But those fans cannot complain this year.

Marvel superhero blockbuster "Black Panther" -- the highest-grossing film of 2018 in North America -- scored seven nominations including one for best picture, becoming the first movie based on a comic book to earn the honor.

Oscar winner Lupita Nyong'o, who stars in the film, posted footage on Twitter of the cast celebrating when excerpts from the film premiered at San Diego Comic-Con.

"Seven #OscarNoms for #BlackPanther, including best picture!! This is our reaction the first time we saw footage from the film and we're feeling this way all over again today! Thank you @TheAcademy! #WakandaForever," she wrote on Twitter.

Alfonso Cuaron's "Roma," a black-and-white cinematic ode to his childhood in 1970s Mexico City -- and the mother and nanny who raised him -- earned a whopping 10 nominations to lead the contenders.

But the Mexican filmmaker himself scored an impressive feat -- four of those nominations are his: for best picture as a producer, best director, best original screenplay and best cinematography.

He joins illustrious company with his achievement: Warren Beatty did the same, scoring four nominations in four different categories -- twice -- for "Heaven Can Wait" and "Reds."

Joel and Ethan Coen did it for "No Country for Old Men."

Industry watchers were shocked that Bradley Cooper was snubbed in the best director category for "A Star Is Born" -- but earned three nominations for best actor, best adapted screenplay and best picture (as a producer).

But they were thrilled to see Spike Lee earn his first directing nomination for "BlacKkKlansman." It was his fifth overall -- counting two others for the same film. The US filmmaker earned a lifetime achievement award at the 2016 Oscars.

Another major name left off the list was Timothee Chalamet, who had been seen as a likely contender for best supporting actor for his portrayal of a drug addict in "Beautiful Boy."

And many expected "Won't You Be My Neighbor?" -- a critically acclaimed documentary about US children's show host Mister Rogers -- to make the cut. It did not.

AFP/File / Robyn Beck A happy surprise was a best actress nomination for breakout "Roma" star Yalitza Aparicio in her debut performance
Please contact support@rawstory.com for customer support or to update your subscription. Report typos and corrections to: corrections@rawstory.com.