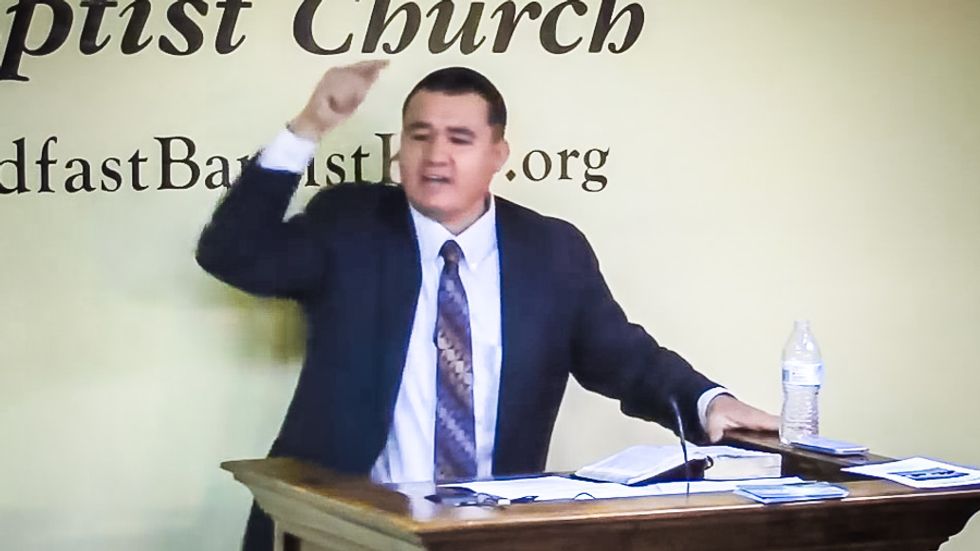 A Baptist pastor who celebrated the Pulse Night Club shooter for killing LGBTQ people has been outed for hiring sex workers.

According to the New York Times, Donnie Romero, who founded the Stedfast Baptist Church in Fort Worth, admitted to his members that he had been doing un-Christian things.

“I have been a terrible husband and father,” Romero said just after the first of the year. “This is the best decision — for my family and my church — to make.”

While Romero didn't make a full confession to the members in a video that has now been posted to YouTube, Pastor Steven L. Anderson went into great details.

“Basically, the major sin involved was being with prostitutes, and then there were also marijuana and gambling that were also discovered,” Anderson said.