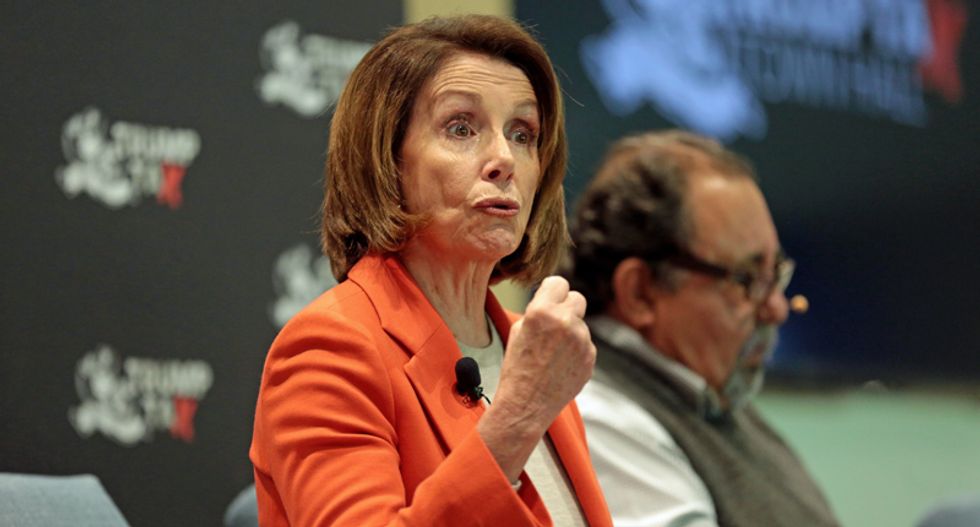 On Thursday, the 34th day of a government shutdown that's left 800,000 federal workers without pay, House Speaker Nancy Pelosi held a press conference about the stand-off with President Donald Trump over funding for his border wall.

"That should be a call to this administration to open up government," Pelosi said.

"It's a let them eat cake kind of attitude," Pelosi said. "Or call your father for money."

.@SpeakerPelosi addresses Ross's comments: "They have Wilbur Ross saying he doesn't understand why they have to [go… https://t.co/kFDp3YeRPk
— Aaron Rupar (@Aaron Rupar) 1548346339.0