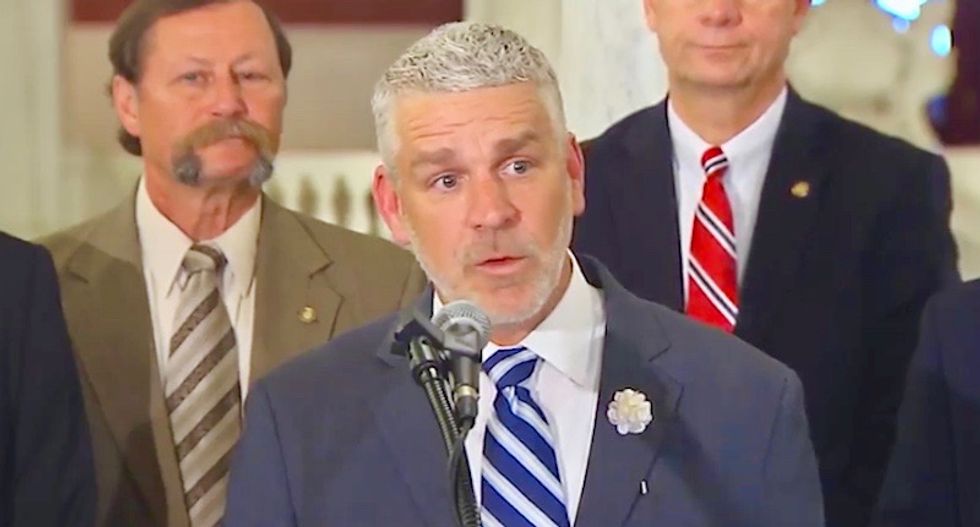 A Republican lawmaker from Pennsylvania is under criminal investigation for drugging and raping a woman in the capital city of Harrisburg, reports Pennlive.

Rep. Brian Ellis (R-Butler County) is being investigated by the Dauphin County District Attorney’s office for an incident that took place outside a bar in the city.

According to the report, Ellis and the woman were at the same bar when she fell down, hard, suffering injuries.

“We want to make it very clear that she was not voluntarily intoxicated. This woman was incapacitated,” the state’s Victim Advocate said on her behalf. “She does believe that she was drugged and that she did seek medical attention the following day because she was in pain and she did indeed have a concussion and other injuries.”

Ellis reportedly knew the woman as a "workplace acquaintance at the Capitol" and "offered to help her get home" but the woman says he instead took her to his residence and raped her.

The victim's advocate said she has talked to people inside the capital who were "supportive" but that she believes the Republican should "resign immediately" because he should not be "allowed to walk in that building."