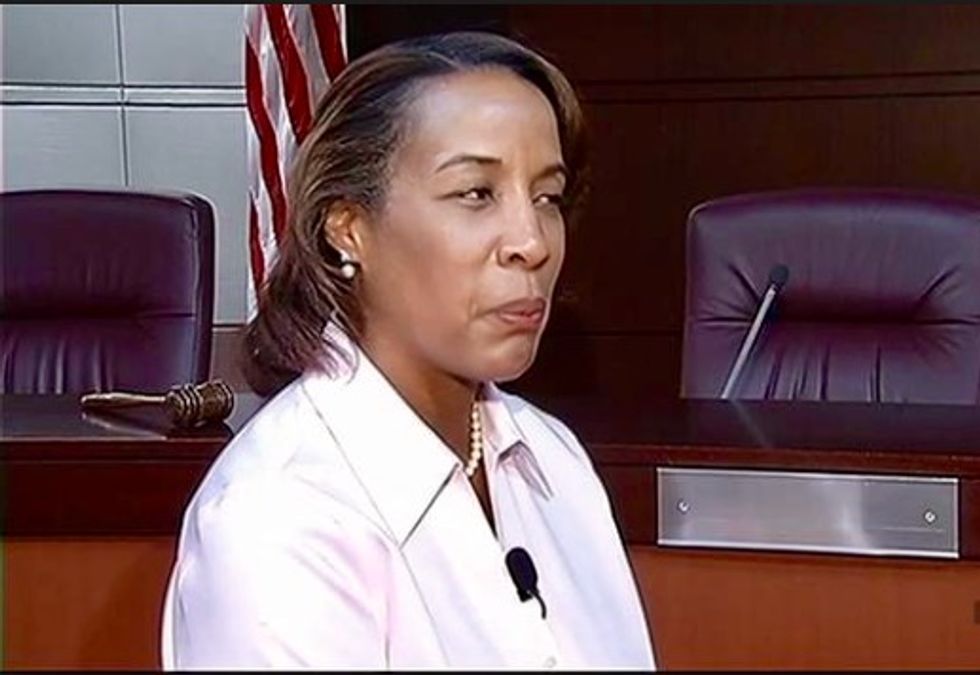 Phyllis Randall, chair of the Loudoun County Board of Supervisors (Screen Capture)

A federal appeals court said on Monday a Virginia politician violated the Constitution by temporarily blocking a critic from her Facebook page, a decision that could affect President Donald Trump’s appeal from a similar ruling in New York.

In a 3-0 decision, the 4th U.S. Circuit Court of Appeals said Phyllis Randall, chair of the Loudoun County Board of Supervisors, violated the First Amendment free speech rights of Brian Davison by banning him for 12 hours from her “Chair Phyllis J. Randall” page.

The ban came after Davison had attended a Feb. 3, 2016 town hall meeting, and then under his Facebook profile “Virginia SGP” accused school board members and their relatives of corruption and conflicts of interest. Randall had also removed her original post and all comments, including Davison’s.

Circuit Judge James Wynn rejected Randall’s argument that her Facebook page was a private website, concluding that the “interactive component” was a public forum and that she engaged in illegal viewpoint discrimination.

Davison’s speech “occupies the core of the protection afforded by the First Amendment,” Wynn wrote for the Richmond, Virginia-based appeals court.

A lawyer for Randall did not immediately respond to requests for comment. The Knight First Amendment Institute at Columbia University, which represented Davison, had no immediate comment.

Davison’s case was the first of its kind at the federal appellate level, and other courts could cite it as precedent.

In one case, Trump has asked the 2nd U.S. Circuit Court of Appeals in Manhattan to overturn a May 23 ruling by U.S. District Judge Naomi Reice Buchwald that he could not block Twitter critics from his @RealDonaldTrump account.

The Department of Justice, which represents Trump, has called Buchwald’s decision “fundamentally misconceived.”

It has said the president controls the Twitter account in his personal capacity, uses it to disseminate his views rather than to offer a platform for public discussion, and is not required under the First Amendment to receive messages he does not want to hear.

Trump set up the account in 2009 and has more than 57 million followers. Oral argument on his appeal has not been scheduled.