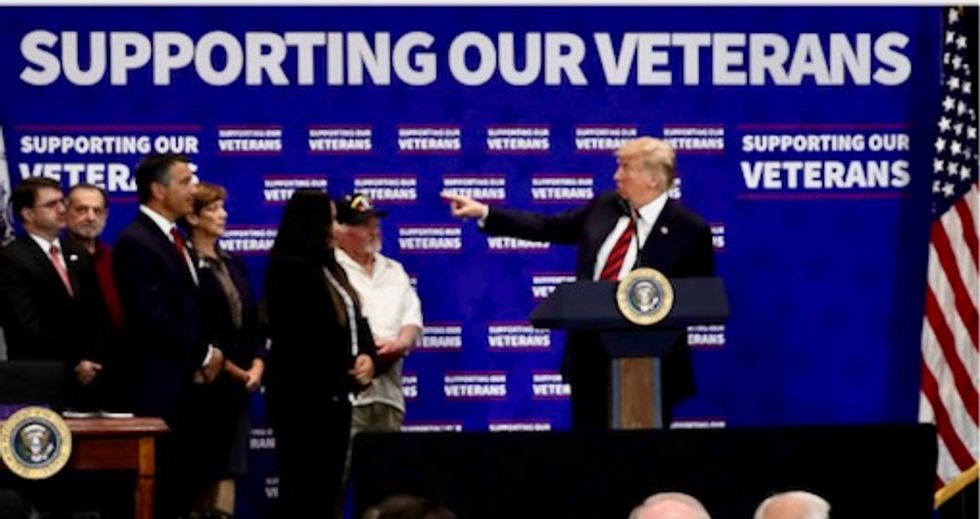 The president met with veterans in September at a signing ceremony. Reuters/Mike Segar

The Trump administration wants to shift billions of dollars from government-run veterans’ hospitals to private health care providers. That’s true even though earlier this year the administration vehemently denied it would privatize any part of the Department of Veterans Affairs.

The privatization of essential government services is nothing new, of course. Over the years, countries have privatized dozens of services and activities that were once the sole domain of governments, such as the provision of electricity and water, road operations and prisons and even health care, with the ostensible aim of making them more efficient.

But before going down that road, the question needs to be asked whether privatizing essential human services such as those for military veterans serves the public interest. New research we recently published suggests that privatization may come at a social cost.

Privatization theory assumes that organizations, including those that deliver social services, thrive on competition and monetary gain.

Supporters of privatization argue that companies can perform government functions more efficiently. More competition and more choice for clients are expected to put pressure on providers to be more innovative and aware of financial costs.

In the public sector, however, competition is almost by definition absent, either because users of services cannot be excluded from the service – breathing clean air, for example – or because there is little monetary gain to be made – such as with services to the homeless.

So in situations where there is no real market, governments have attempted to mimic their conditions, such as by giving citizens the freedom to choose a public service provider or negotiating contracts that include certain performance incentives.

But this reliance on performance contracts can lead business providers to focus on short-term financial targets – such as the number of people processed per dollar spent – often at the expense of long-term outcomes for those served.

However, it’s often difficult to know in advance who’s going to cost more than someone else. As a result, many service providers end up relying on imperfect, discriminatory cues to help them weed out potential cost burdens. Companies do something similar when they use stereotypes about race or ethnicity as discriminatory proxies for unobserved characteristics in job applicants. 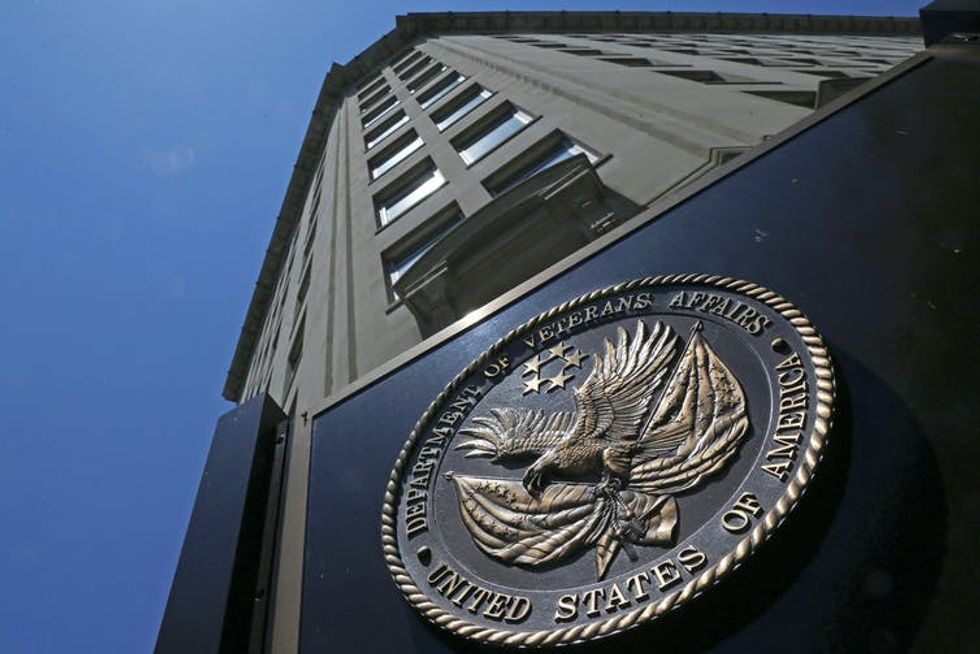 The seal affixed to the front of the Department of Veterans Affairs building in Washington.

To learn more about whether for-profit service providers treat people of marginalized ethnic backgrounds differently, we ran a field experiment in the Belgian elderly care sector. We chose Belgium because the industry includes both public and private homes, and one of us is based there.

We sent basic information requests to all public and for-profit nursing homes in Flanders, the Dutch-speaking part of Belgium. Half of the requests, randomly assigned, appeared to come from a Belgian citizen (Kenny Maes), while the rest bore the signature of someone with a North African name (Mohammed El Makrini). The names were chosen based on the results of a separate survey we sent out to 2,000 Belgians asking them to rate several names on their perceived ethnicity, age, level of education and wealth.

In the requests, we asked nursing homes for advice on how to subscribe for a place in their facility. Withholding such information would make it harder for a prospective client to apply for a spot.

Of the 223 nursing homes we contacted, 71 percent responded, with public facilities being a little more likely than for-profit ones to get back to us. In general, each type of home responded to our two senders at similar rates. For example, 76 percent of public facilities replied to “Kenny,” compared with 79 percent for “Mohammed.” The response rate of for-profit homes was a bit more lopsided, but it was not what we’d consider a significant difference given the sample size: 66 percent for Kenny and 57 percent for Mohammed.

The really interesting finding was when we analyzed the actual responses. Upon closer inspection, we found that for-profit nursing homes were significantly less likely to provide information to Mohammed on how to enroll. Only about 43 percent of the for-profit homes that responded offered him the info, compared with 63 percent for Kenny. There was basically no difference among public facilities.

This is direct proof of for-profit providers discriminating against prospective clients based on their perceived ethnicity. But they’re not doing it simply out of ethnic animus. If it was, we’d have seen the same discrimination at the public facilities as well.

Rather, the motivation seems to be primarily economic. This is what economists call “statistical discrimination.” In other words, average characteristics of the minority group – such as language barriers and having different cultural needs and habits that make them more difficult to serve – are used to stereotype individuals who belong to that particular group. 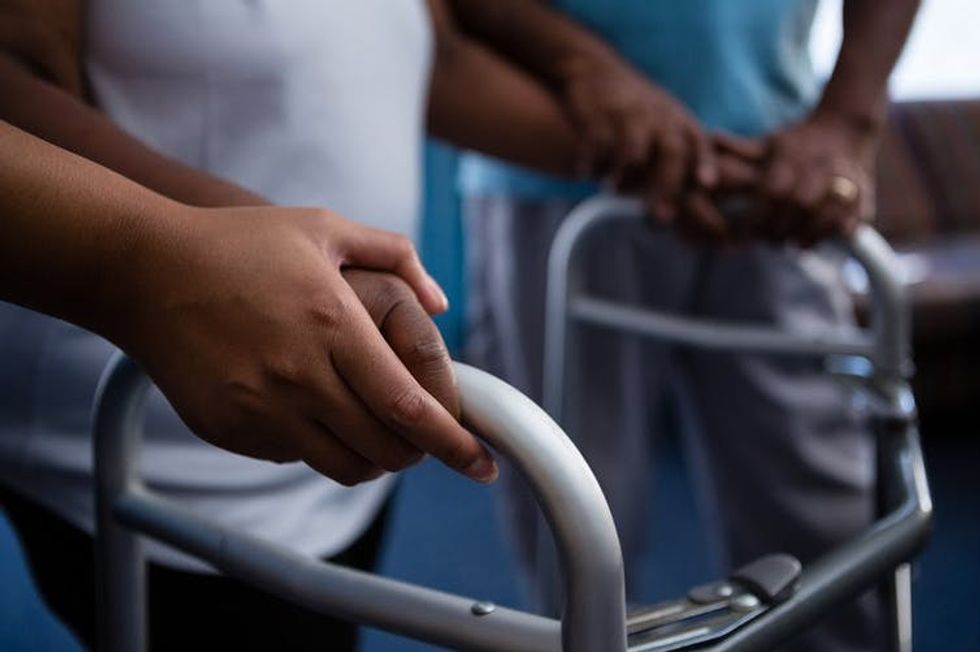 For-profit service providers may use discrimination as a way to make more money.

The public debate about privatization tends to almost exclusively focus on its supposed financial and managerial advantages – which are hardly clear cut. Meanwhile, the potential social costs of privatization are commonly neglected.

Our research suggests that privatizing human services such as health care can result in less access for groups perceived as harder to serve because of language barriers and cultural differences.

Unfortunately, they also happen to be the groups that need such services the most.

This is an updated version of an article originally published on May 18, 2018.

Road-raging driver rammed ambulance and got stuck – then things went even more sideways for him: police

A Washington man has been arrested for DUI after he allegedly rammed an ambulance during a road rage incident this Monday, KREM2 reports.

According to the Stevens County Sheriff’s Office, the man “felt like the ambulance had pulled out in front of him and was now driving to slowly for his liking.”

Georgia election board dismisses claims of ‘ballot harvesting’ in 2020 election

The Georgia State Election Board voted unanimously Tuesday to dismiss three cases based on claims of illegal “ballot harvesting” as the baseless conspiracies over the 2020 presidential election still swirl even as the 2022 election season is already well underway and setting records for early voting.

The board, comprised of three Republicans and one Democratic appointee, agreed to accept a state investigator’s recommendation to not pursue claims against three Gwinnett County residents erroneously suspected of illegally dropping off multiple absentee ballots into drop boxes. Investigators with the secretary of state’s office determined the ballots were from voters themselves and family members living in the same households.