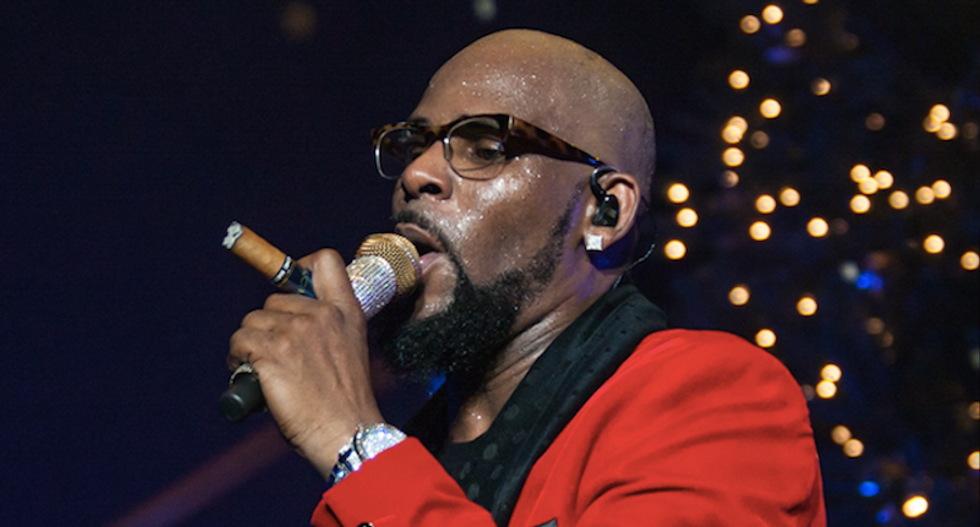 The Illinois Department of Agriculture rejected the request for a concert in Springfield citing protests held outside the singer's Chicago studio which erupted following the airing of a Lifetime documentary series called Surviving R. Kelly which alleges sexual misconduct involving underage girls.

The singer lives in Trump Tower Chicago, which was searched by cops on Friday after a tip was called in accusing him of holding women hostage. (The women reportedly told police they were there of their own free will.)