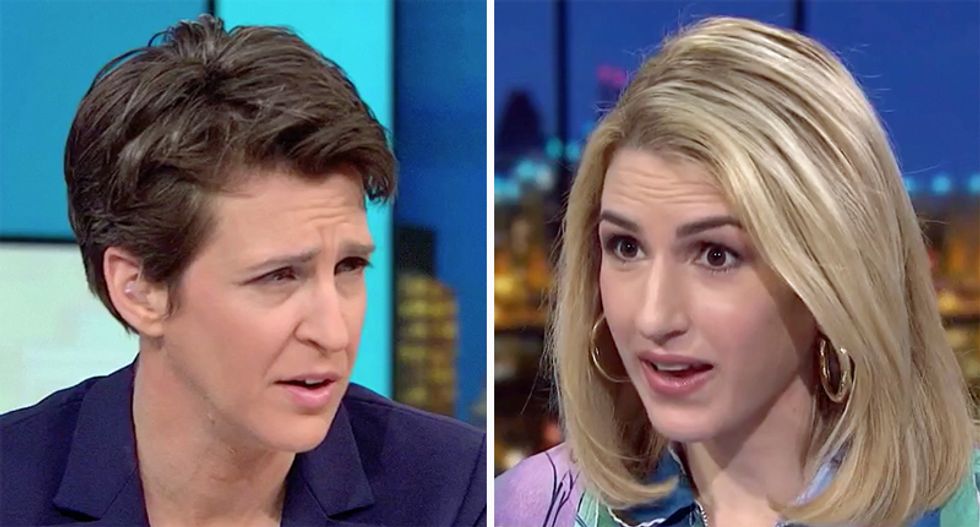 Longtime Donald Trump lawyer and "fixer" Michael Cohen has documentation that the president knew of payments that potentially violated federal law, a reporter known to be close to him reported Wednesday.

Emily Jane Fox is a Vanity Fair reporter and author of the 2018 book Born Trump: Inside America’s First Family. She joined MSNBC's "The Rachel Maddow Show" to discuss the latest news on Cohen.

"The story broke in The Wall Street Journal this morning that Michael Cohen was paid $50,000 -- by either Mr. Trump or the Trump organization, I'm not sure which -- for something that Cohen sort of invoiced as technical services," Maddow reported. "The Wall Street Journal appears to have tracked that down and figured out he was paying a guy at Liberty University to rig online polls to make Trump seem like a better candidate."

"No," Fox replied. "I think he said in his tweet today -- there was no denial there."

"He said clearly today was 'I did this at the direction of President Trump,' which is what he said about the other things he pleaded guilty to last year and the exact same language," Fox explained. "He expressed his remorse and I think from my reporting today, what I know is that not only does Cohen say this, but there are documents or there is a document that backs up his claim."

"There is a physical document that backs up his claim that the president was aware of this?" Maddow asked.

"That the president was aware that this was happening," Fox replied.

"I don't know what the document, is but there is documentation," she added.