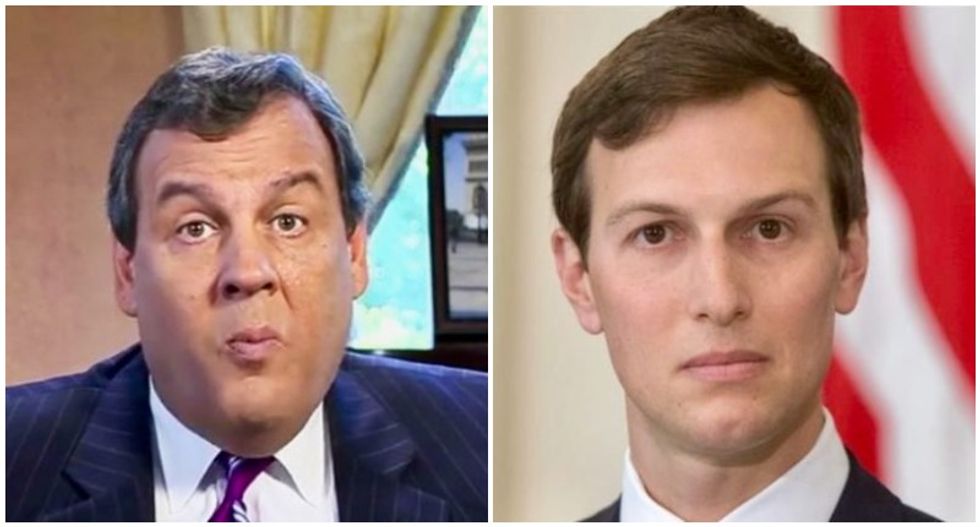 In an upcoming memoir set to be published January 29th, former New Jersey Governor Chris Christie continues to unload on the Trump administration.

In an excerpt published on Axios, Christie slams Trump for hiring unqualified people, or "riff-raff."

"Donald so urgently needed the right people around him and a solid structure in place. ... Far too often, he’s found himself saddled with the riffraff. ..." Christie writes.

"Instead of high-quality, vetted appointees for key administration posts, he got the Russian lackey and future federal felon Michael Flynn as national security adviser. He got the greedy and inexperienced Scott Pruitt as administrator of the Environmental Protection Agency."

Christie himself famously missed out on a senior post in the administration, thought to be in large part due to Jared Kushner's vendetta against Christie for overseeing the prosecution of his father, Charles Kushner.

"He got the high-flying Tom Price as health and human services secretary. He got the not-ready-for-prime-time Jeff Sessions as attorney general, promptly recusing himself from the Justice Department’s Russian-collusion probe. He got a stranger named Rex Tillerson as secretary of state. ..."

It gets worse from there.

"He got the Apprentice show loser Omarosa Manigault in whatever Omarosa’s job purported to be. (I never could figure that one out.) ... Too few Kellyanne Conways. A boatload of Sebastian Gorkas. Too few Steven Mnuchins."