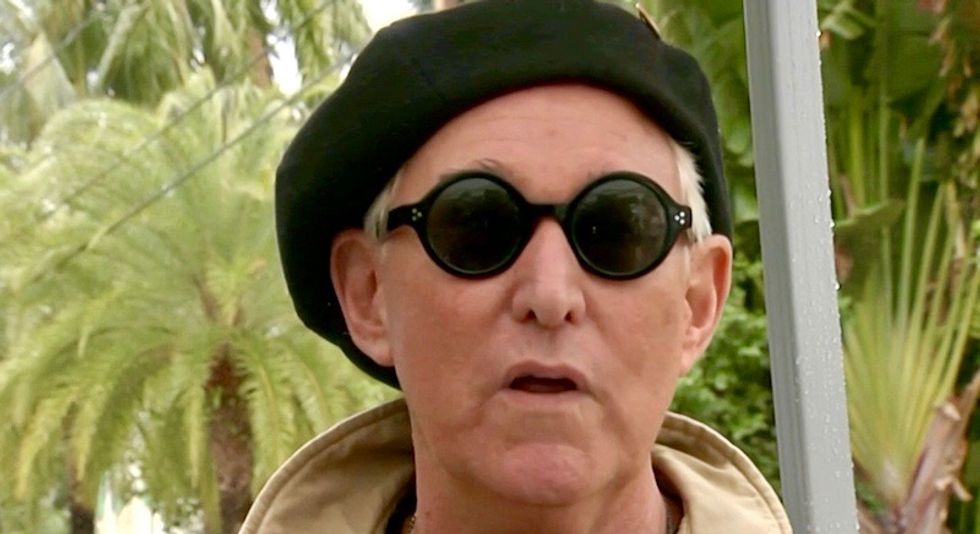 Roger Stone, a longtime confidant and political adviser to President Donald Trump, was indicted on seven counts related to lying to investigators about his ties to WikiLeaks on Friday.

Dylan Bank, the maker of the biopic Get Me Roger Stone joined Vox political reporter Andrew Prokup and MSNBC host Richard Lui to discuss the development on Saturday.

When he watches Stone defiantly speak to the media about his indictments, Bank said he's not surprised.

"He's living through one of Stone's Rules, that he lives by, which is it's better to be infamous than not to be famous at all," Bank said. "Roger was drawn to Nixon from the beginning... And we're seeing Roger revel in that right now."

Prokup said that Stone appears very at home in this situation.

"He views political candidacies as making almost a performing arts type thing. He loves high-profile media stunts and attention, good or bad," Prokup said. "Especially, he has an instinct and liking for that bad and negative attention too—his style of politics is polarization, division, demonizing on the other side, and that's why he got along with Donald Trump. That almost seemed to have a mind meld."

Because of that mind-meld, Stone knows Trump is likely to pardon him if he can.

"The pardon on the table the definitely something that is at the forefront of his mind," Bank said. "I think he's afraid to say it out loud, everybody is, but he and Trump go back so far, he's made it very clear in public... he has put his stake on the ground, on Donald Trump's side until the end. We'll see if he sticks to that."