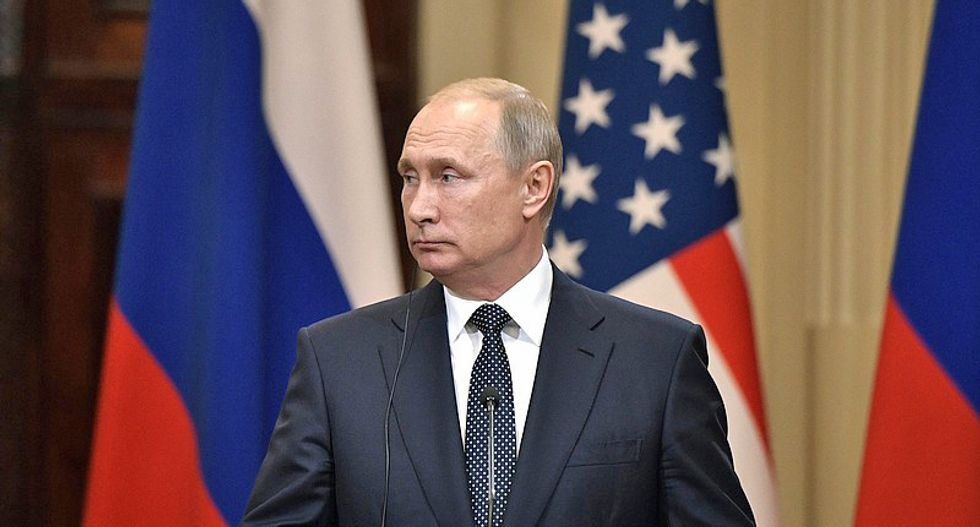 Former CIA director John Brennan explained Tuesday night how Russian intelligence manages to lure Americans into committing treason during an appearance on MSNBC's "All In with Chris Hayes."

Hayes noted that a statement Brennan made during a Congressional hearing in 2017 stuck with him over the years -- and related it to a New York Times report that emerged Friday night confirming that the FBI opened an investigation into Trump's ties to Russia prior to the appointment of special counsel Robert Mueller.

"Russian intelligence services are adept and they will try to cultivate relationships with individuals and get individuals to do things they shouldn't do and find them in, let's say, compromising positions and use that as a way to intimidate these individuals to further cooperate with them," Brennan said.

People who have relationships with Russians -- or with others they didn't even know were Russians -- find themselves in positions where they "were doing things they should not have done," the former CIA director said.

"It's like reeling in a fish," Brennan said. "You bring them home and you allow them to then do more and more things because they are ready in this predicament."

The former intelligence chief noted that during his May 2017 testimony, he acknowledged that members of the Trump campaign who interacted with Russian officials may or may not have known they were being "reeled in" -- but continued because they "wanted some type of quid pro quo."

"That, I think, would be inexcusable, if they, in fact, were seeking some type of favor from the Russians to protect things that happened in the past or something in the future," Brennan added.

Plaintiffs in a landmark civil trial that began today in Charlottesville, Va. will try to prove that organizers of the deadly Unite the Right rally four years ago conspired to commit racially motivated violence.

But as the trial got underway on Monday, controversy surrounding prospective jurors' negative views of "Antifa" sent an ominous signal about the prospect of defendants deflecting blame.