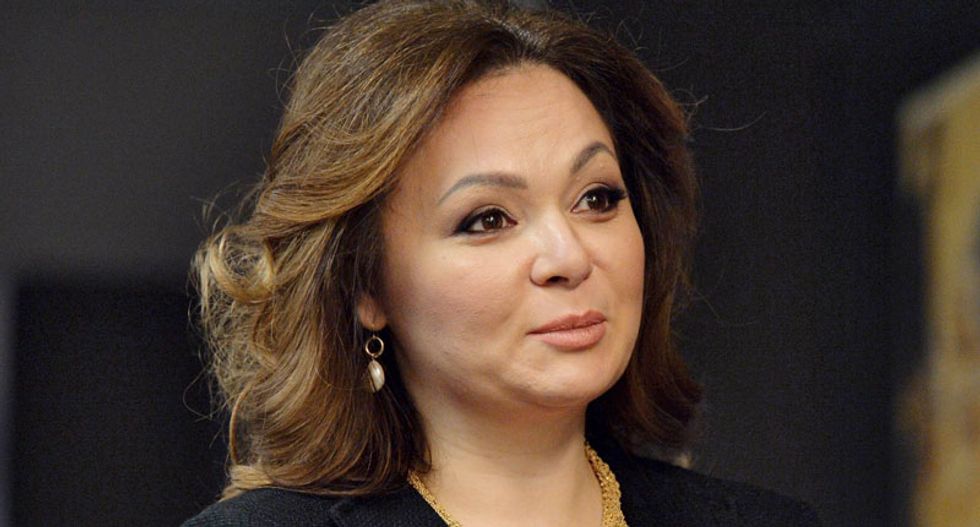 Natalia Veselnitskaya, the Russian lawyer who infamously met with Donald Trump Jr., Paul Manafort and Jared Kushner to offer them dirt on Hillary Clinton in 2016, has been charged with obstruction of justice in a separate money-laundering investigation.

The Washington Post reports that Veselnitskaya has been charged with making a "misleading declaration" in court as part of a civil case involving money laundering.

"Veselnitskaya... represented Prevezon Holdings in a civil case in which the U.S. attorney’s office in Manhattan sought millions of dollars in forfeiture from the company and others," the Post reports. "The department had alleged in a civil complaint that a Russian criminal organization ran an elaborate tax refund scheme, stealing the identities of targeted companies and filing sham lawsuits to incur fake losses for refund purposes."

Prosecutors allege that the scheme's perpetrators made themselves roughly $230 million in fraudulent tax refunds and then funneled the money through several shell corporations before it eventually wound up at Prevezon, a real estate company based in Cyprus.

From there, prosecutors says Prevezon would launder the money via investments in luxury apartments in Manhattan, as well as other real estate ventures.