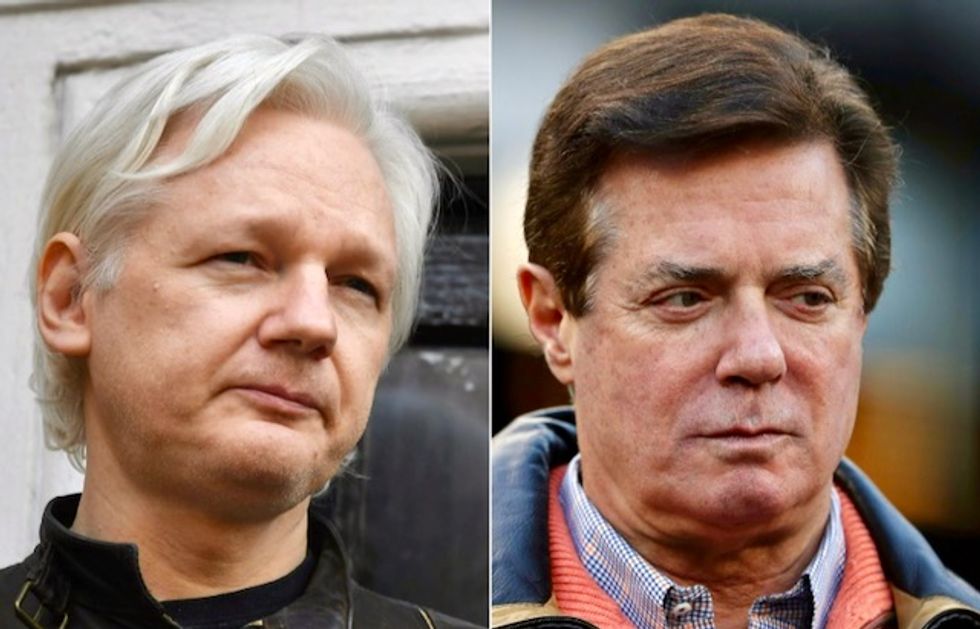 US investigators will on Friday begin to question diplomatic staff who were stationed at the Ecuadorian embassy in London during WikiLeaks founder Julian Assange's years-long stay about his visitors, according to the whistleblower group.

It follows international subpoenas from the US Department of Justice, which is probing a report that President Donald Trump's disgraced former 2016 campaign chairman Paul Manafort held secret talks there with Assange, Wikileaks said.

The Justice Department, which declined to comment on the matter, wants to talk to six staff members from the embassy and will start to interview them in the Ecuadorian capital Quito on Friday, it added.

Britain's The Guardian newspaper claimed in November that Manafort -- who was convicted of multiple charges including bank fraud and money laundering in two separate cases last year -- met Assange on several occasions from 2013 to 2016.

The period coincided with Manafort becoming a key figure in Trump's bid for the White House and preceded Wikileaks publishing thousands of emails allegedly stolen by Russian hackers from the rival Democratic campaign of Hillary Clinton.

Assange, Manafort and Ecuadorian officials have denied the report, noting Manafort does not appear in the embassy's visitor logs.

But it prompted a group of leading Democratic senators in the US to demand in December that Secretary of State Mike Pompeo probe the claim and report back.

Wikileaks said the US request was sent from the Justice Department to its Ecuadorian counterpart on January 7, which approved the request "although it is highly unusual to permit foreign interrogations of former diplomatic officials over their diplomatic work."

Assange, who gained international renown by releasing huge caches of hacked State Department and Pentagon files, has been holed up in the London embassy since 2012 citing fears that Britain would extradite him to the US to face charges there.