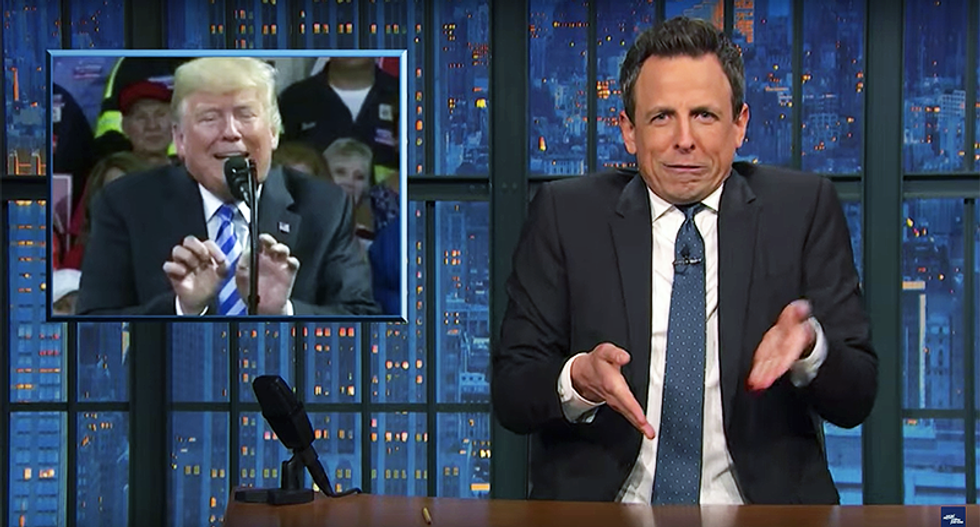 "He made all kinds of impossible promises," Meyers said. "He promised that he would put coal miners back to work."

He then said that coal mines have closed at twice the rate under Trump's presidency compared to former president Barack Obama.

"Instead of facing the reality that coal plants are closing faster under his presidency, Trump keeps insulting coal miners by suggesting that they can't do anything other than dig coal," he said.

Meyers then called out Trump for an interview he did in 1990 where he said that coal miner "don't have it" to make.

"By 'it' he means a wealthy father who cheated on his taxes," he said.