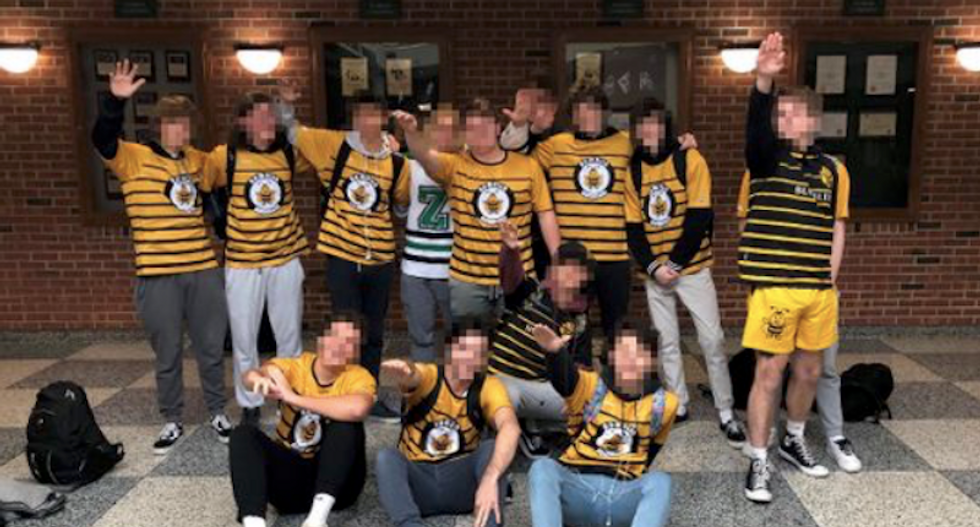 Once again, a pack of high schoolers has been caught giving what appears to be the Nazi salute and posting the picture to social media, reports the Indianapolis Star.

The students appear to attend Zionsville Community High School, which is investigating the incident. The photo was shot in the school auditorium and several of the teenagers are wearing Zionsville jerseys, the "Rumblin' Bumblers" soccer team.

A student sent the photo to a teacher, who alerted the school superintendent Scott Robison. Robison called the picture "sickening."

"Our school community’s efforts to foster cultural understanding will proceed, though they are set back mightily by this repugnant image," Robison added.

In 2016, students at a different Indianapolis high school were photographed holding the German flag and making a Nazi salute. In 2018, Wisconsin students also took a prom photo showing dozens of boys giving the Nazi salute.