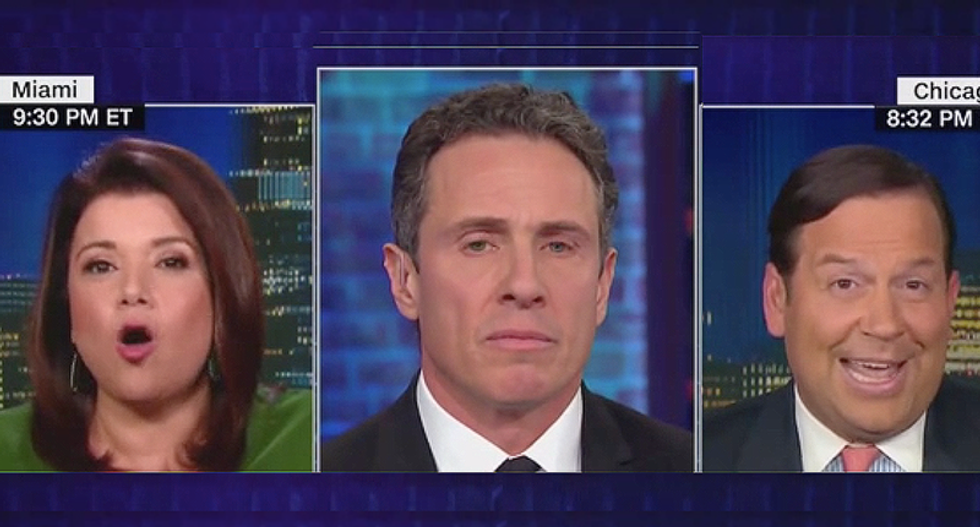 Donlad Trump Jr. posted a racist comment on the social media that compared migrants at the border to zoo animals. Cuomo said that the comment "echoed" how the president feels about immigrants.

"His son is echoing that thought, he compares the situation to a zoo, and we all get it," Cuomo said. "You don't have to be sophisticated to get it. That's what they're about, calling these people animals and wanting to treat them that way. Fair criticism?"

Cortes said it was not fair to compare the two.

"That's not fair to say 'they.' Donald Trump Jr. said that, not the president. The president didn't tweet that, and didn't put that statement out," Cortes said.

"First, Steve has never hesitated to throw my brother at me whenever it suits him," Cuomo said.

"Spare me the BS," Cuomo said.

"Steve let me just tell you something. Get down off the soapbox. If you want to worry about who can file their nails, worry about who you can pay their damn bills --  the shutdown is on your head. This is what the president wanted, and people are paying the price," Cuomo said.