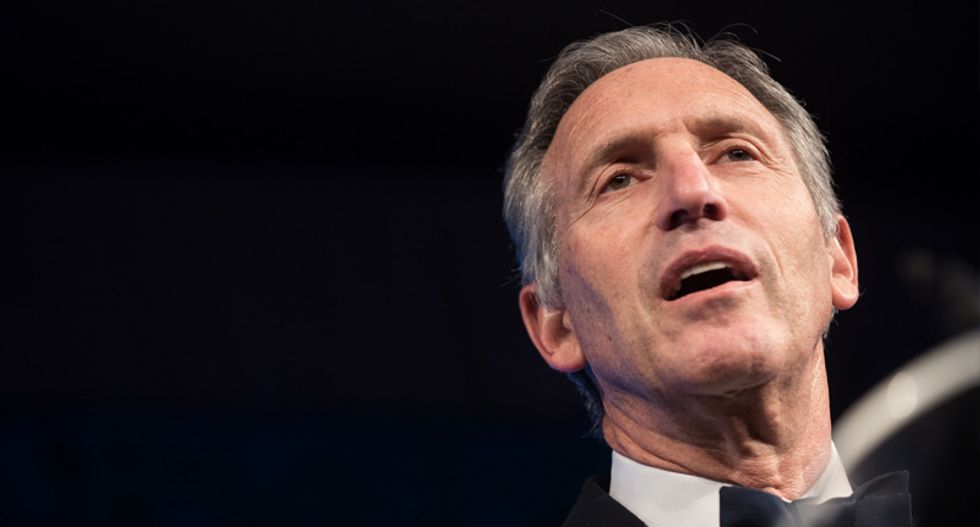 A day after Howard Schultz said he might run for U.S. president, a heckler shouted “don’t help elect Trump” at the former Starbucks CEO, voicing concerns that his independent bid could help President Donald Trump win re-election in 2020.

In an interview with CBS’ “60 minutes” aired on Sunday, Schultz said he was seriously thinking of running as a centrist independent in 2020.

Democrats immediately urged Schultz to think again, saying he would take votes away from the Democratic Party nominee.

“Go back to Davos with the rest of the billionaire elite who think they know how to run the world,” the heckler added, before being pulled aside by security.

In an on-stage interview at the book event, Schultz was asked if he would drop out of the 2020 race if polls showed his candidacy would help re-elect Trump.

“If I decide to run for president as an independent, I will believe, and have the courage and conviction to believe, that I can win,” Schultz said. “I’m certainly not going to do anything to put Donald Trump back in the oval office.”

Schultz described himself as a “lifelong Democrat,” but said Americans were tired of the “revenge politics” of the Republican and Democratic parties.

No independent candidate has ever won a U.S. presidential election, although some have played the role of third-party spoiler