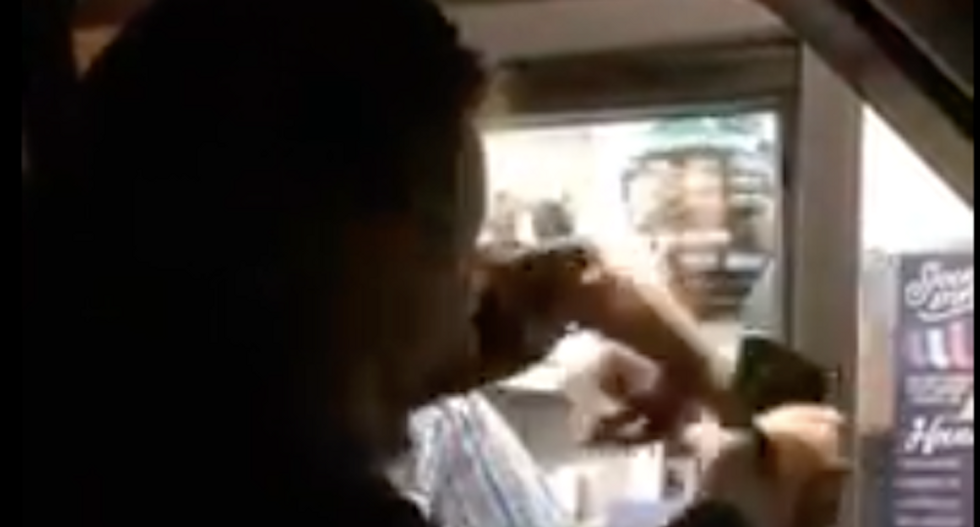 A man in Kettering, Ohio, was denied service at a Taco Bell drive through because he was deaf, reports WKEF. Employees also mocked him and then called the police on him.

In a video that's gone viral on Facebook, Brandon Washburn tries to show his order to staff on his phone. They refused to take his order.

"He’s had to work extra hard, harder than everyone else to prove himself, that’s he smart and that he can do everything," Becky Burch, Brandon's mother, told WKEF. "So just something easy as going through a drive thru to get food and they’re like no, he just didn’t understand."

As he was trying to signal his order, one employee flashed a peace sign in an apparent mockery.

"It was like they were mocking me, making fun of me. And there was even a gentleman in the back giving peace signs,” Brandon said through his mother.

Then they called the cops on him. When they arrived at the scene, they told the Taco Bell employees that they were in the wrong.

“Taco Bell has a fundamental policy to respect all of our customers and employees, and we are committed to maintaining an environment free of discrimination or harassment," they wrote.

Brandon called it a start.

"It’s a start but it’s just going to keep happening again according to Brandon, it’s just way bigger than that. We just need to make sure everyone is educated," Brandon and his mother said.

In his column for the conservative Bulwark, for Republican National Committee spokesperson Tim Miller slammed Sen. Rand Miller (R-KY) over comments he made in an interview where he expressed worries that the Republican Party would lose a substantial number of voters if they voted to impeach the president for sedition.