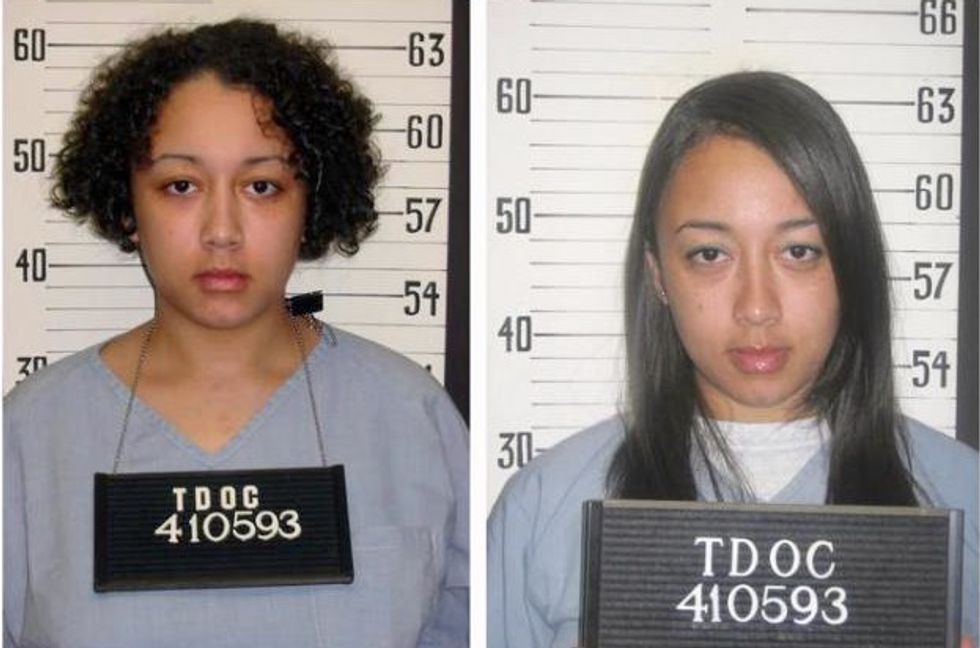 A combination photo of Cyntoia Brown shown in these 2006 and 2013 handout photos in Nashville, Tennessee, provided January 7, 2019. Tennessee Department of Corrections/Handout via REUTERS

Tennessee’s governor on Monday commuted the life sentence of a woman convicted as a teenager of murdering a man who she said paid a trafficker to have sex with her, after Kim Kardashian and other celebrities took up her cause.

Cyntoia Brown, now 30, was found guilty of first-degree murder in the killing of Johnny Allen, a 43-year-old Nashville real estate agent. She will walk out of prison on Aug. 7 after serving 15 years, Governor Bill Haslam’s office said. Brown was 16 at the time of the murder.

Brown received a life sentence with the possibility of parole after serving a minimum of 51 years in prison. Without the governor’s commutation, she would not have been eligible to be considered for parole until 2055 at the earliest.

“Imposing a life sentence on a juvenile that would require her to serve at least 51 years before even being eligible for parole consideration is too harsh, especially in light of the extraordinary steps Ms. Brown has taken to rebuild her life,” Haslam, a Republican, said in a statement

Brown, who admitted to killing Allen after saying he had paid a trafficker to have sex with her, will be under parole supervision until Aug. 7, 2029, when her sentence will expire.

In November, the singer Rihanna referred to the case when wrote on her Instagram page: “Did we somehow change the definition of #JUSTICE along the way?? ... Something is horribly wrong when the system enables these rapists and the victim is thrown away for life!”

Reality TV star Kardashian drew attention to Brown’s case in 2017 when she wrote in a Twitter message: “The system has failed. It’s heart breaking to see a young girl sex trafficked then when she has the courage to fight back is jailed for life!”

While in prison, Brown earned her GED, or high school equivalency certificate, and an associate degree with a 4.0 grade point average. She is expected to complete a bachelor’s degree this year.

Brown thanked Haslam for giving her a second chance, the Tennessean newspaper reported, citing a statement from her lawyers. An attorney for Brown did not immediately respond to requests for comment.

“My hope is to help other young girls avoid ending up where I have been,” Brown said.

Haslam, whose term ends on Jan. 19, has previously granted five commutations, 15 pardons and one exoneration.

Reporting by Suzannah Gonzales in Chicago; Editing by Matthew Lewis