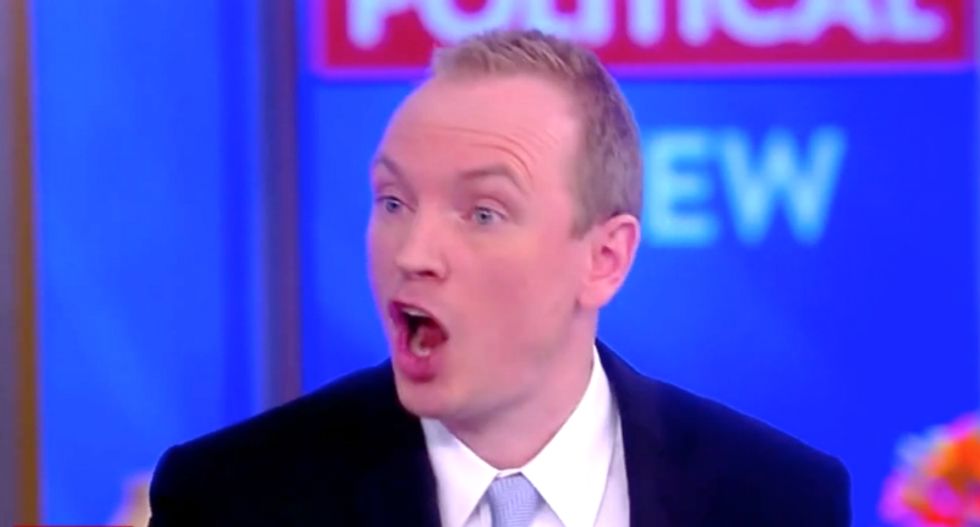 Former aide to President Donald Trump, and author of White House exposé "Team of Vipers", Cliff Sims was loudly booed Monday on The View when he said that despite everything he revealed in his book, he still believed the president was fit for the office.

Sims had been met with skepticism throughout the interview, with conservative Meghan McCain telling him she suspected he was on an "atonement tour" trying to avoid being "another Sean Spicer." But things really unraveled for Sims when co-host Sunny Hostin asked him "what about Trump 2020?"

"What about it?" Sims replied, grinning broadly.

"You talk about all the chaos, all the backstabbing," she said. "Is he fit to serve for another four years?"

"I think he is fit to serve," Sims responded as the audience began booing and jeering.

"No, listen, listen," he continued. "I can say that he is not unfit, you know what I mean?" The audience groaned again, as Sims admitted that Trump had "botched the wall thing."