Trump is more afraid of his base than government shutdown: Columnist 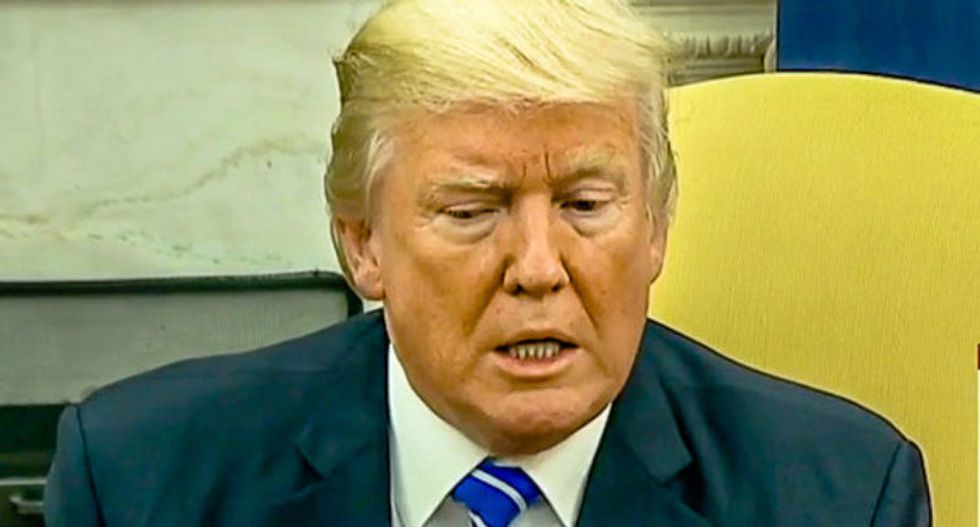 President Donald Trump wasn't afraid to shut down the government thus risking millions of Americans live, but he is afraid of losing his far-right base over an empty campaign promise to build a wall at the US-Mexico border.

Robinson said that the thought of the president losing his base is "keeping him up at night."

"Trump is afraid of Rush Limbaugh, Ann Coulter, Matt Drudge, Laura Ingraham and the rest of the far-right echo chamber," he wrote.

Robinson added, "He’s afraid of his shrunken but loyal base, which could abandon him if he doesn’t give them a wall. He’s afraid of special counsel Robert S. Mueller III and the federal, state and local prosecutors in New York who are investigating various Trump enterprises."

Trump is not holding the government "hostage" just for a border wall, but because he knows it symbolizes his presidency and could cost him 2020 if he does not get it.

"And he’s afraid of losing his coercive hold over the Republican senators who one day could sit in judgment of his fate," Robinson wrote.