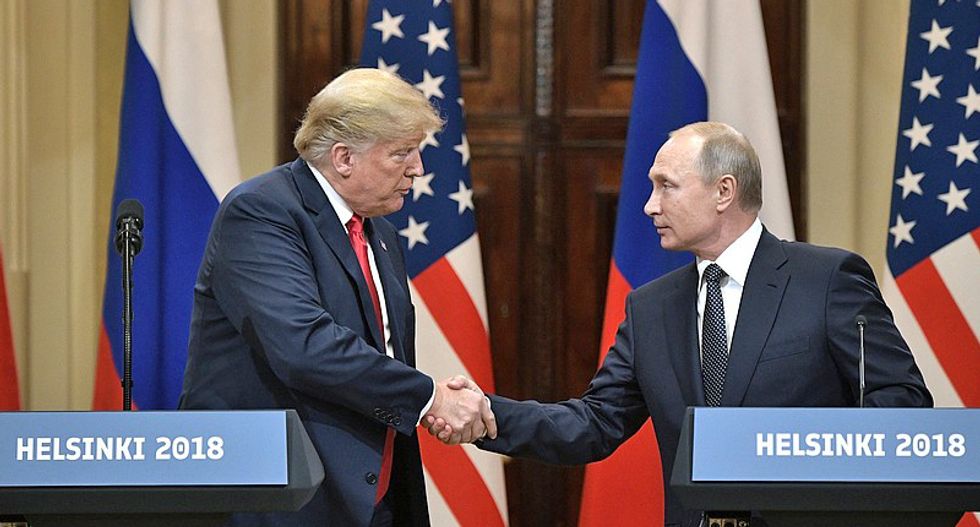 According to ABC News reporter Tara Palmeri, lawyers for the Intelligence and Foreign Affairs Committees will meet Monday to discuss whether they'll subpoena the translator from the Helsinki meeting with Russian President Vladimir Putin.

"NEW: intel & foreign affairs committee lawyers meeting tomorrow to evaluate subpoenaing Trump's interpreters at meetings w/ Putin when no aides present. Many Dems were opposed b/c it's an unprecedented step that could impact future diplomacy. Now warming to it due to WaPo report," Palmeri tweeted Sunday.

It's unclear if President Donald Trump will attempt to declare executive privilege, but such proclamations are isolated to "functions or decision-making processes of the executive branch, according to Cornell Law School. It does not exclude information on facts or past events that already took place.

If anyone could have listened to the meeting between Trump and Putin, I'm sure Trump won't mind if Congress subpoen… https://t.co/WzUmOE8f5B
— Renato Mariotti (@Renato Mariotti)1547346370.0