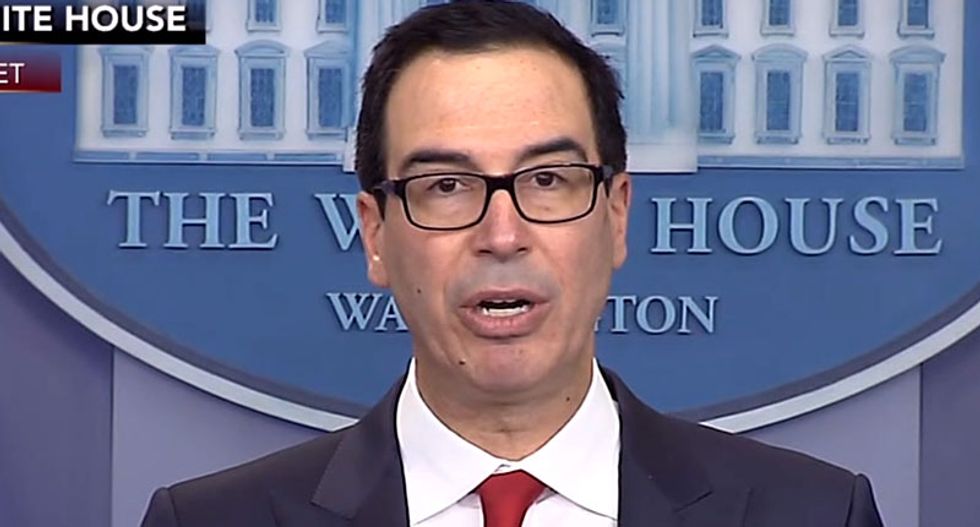 “Treasury will be vigilant in ensuring that En+ and Rusal meet these commitments. If these companies fail to comply with the terms, they will face very real and swift consequences, including the reimposition of sanctions,” Mnuchin said in a statement released before a closed-door briefing for the House of Representatives.

Democrats earlier this week asked Mnuchin to conduct a briefing for the entire chamber on the sanctions decision, one of their first actions since the party took control of the House last week.

The newly appointed Democratic leaders of seven House committees wrote to Mnuchin on Tuesday expressing concerns about the sanctions decision. They cited their committees’ responsibilities to conduct oversight of Russia’s attempts to interfere in U.S. elections and other “hostile actions.”

Mnuchin served as the national finance chairman for President Donald Trump’s 2016 campaign. Democrats have made clear they plan to investigate Russia and its possible links to the 2016 presidential election thoroughly now that they control one house of Congress.

Mnuchin had not been a focus of congressional probes.

In their letter, the committee chairmen and women also asked that implementation of the decision to ease the sanctions be postponed. There was no immediate indication that the administration would do so.

The Treasury announced on Dec. 20 that it would lift sanctions imposed in April on the core businesses of Deripaska, including aluminum giant Rusal, its parent En+ and power firm EuroSibEnergo, watering down the toughest penalties imposed since Moscow’s 2014 annexation of Crimea.

The companies agreed to restructure to reduce Deripaska’s stakes and the oligarch remains on the sanctions list.

“One of the goals of sanctions is to change behavior, and the proposed delistings of companies that Deripaska will no longer control show that sanctions can result in positive change,” Mnuchin said.

Lawmakers could try to pass a resolution of disapproval of the Treasury’s decisions, but its passage would require the approval of both the Democratic-majority House and the Senate, where President Donald Trump’s fellow Republicans hold a majority of the seats and are unlikely to break with his policy.