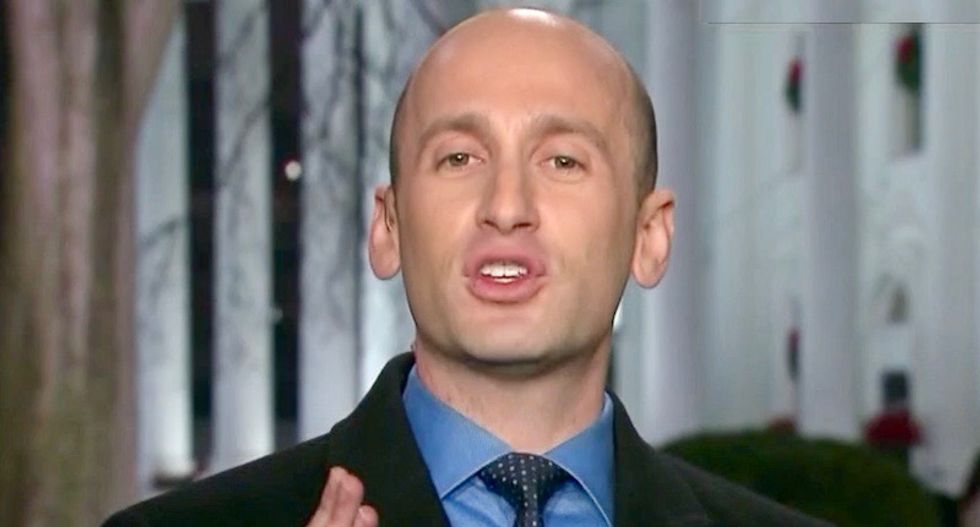 Maine Independent Senator Angus King told CNN Wednesday that presidential advisor Stephen Miller is to blame for the ongoing government shutdown because he poisons any legislative compromise for immigration.

Host Alisyn Camerota noted the details of President Donald Trump's offer to Democrats, which included what she called "big, big changes" to current asylum laws, and asked King if the bill would have his support.

"No," he replied flatly, saying he had two major issues with the legislation.

"One is do we accede to the president's requests, whatever it is today, with a gun to our head, with a shutdown, with 800,000 people furloughed, not being paid," King said of the president's hostage-taking. "The fear is this will become the routine way to do business around here."

King said his other issue was the president's "supposed compromise" which he said wasn't anything of the sort.

"This wasn't a compromise, this was the president's offer," he continued. "But in it were these major changes in asylum laws."

"And this is typical, this is Steven Miller's signature," King said, clearly exasperated.

"You think you've got a deal. He'll stick something in at the end to try to gain a little bit more in terms of limiting immigration, even legal immigration. Now we've got something that really makes it impossible to vote for."