Trump ‘is a clear and present danger’ to national security’: Ex-DOJ counterintelligence head 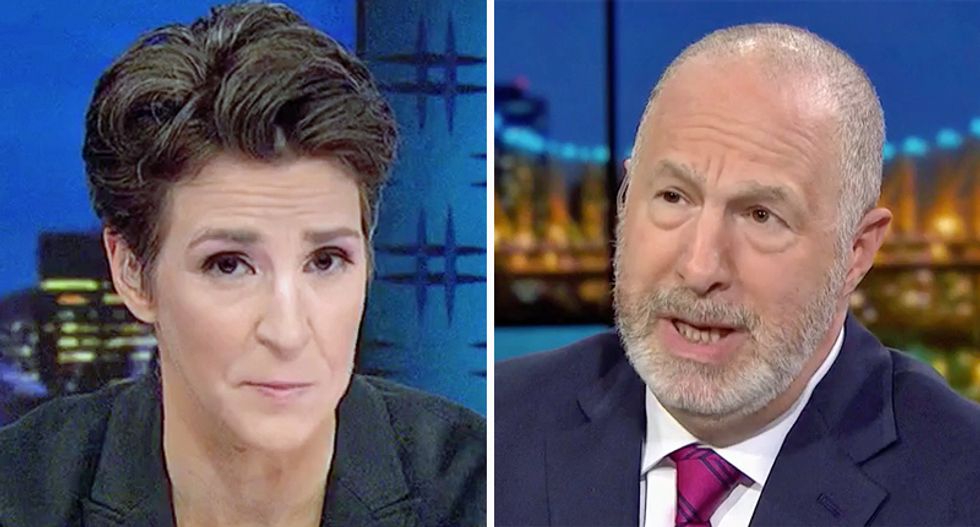 Maddow noted a tweet by Laufman, which she said, "sent a shiver down my spine."

"It was a tipping point, among the data points we're familiar with through the public actions of the special counsel, other investigative reporting," he explained. "I spent 25 years in public service, mostly in the national security space and I feel I have a moral obligation to speak up when I see action taken by the president or the members of the administration that in my judgment undermine the national security of the United States."

"The notion that the president of the united states would be trying to conceal details of conversations with a leader of our principle foreign adversary was positively chilling," he continued.

"When you describe the president as acting in a way that the counter to the national security interest of the United States, those of us who don't think of this in legalistic terms, those of us who are civilians trying to make sense of this moment in history and thinking about our own responsibility which you're calling us to think about here, do you mean in blunt terms that the continuing existence of this presidency is a threat to the national security of the United States?" Maddow asked. "Do you think the president is that kind of a threat?"

"I think there's a culmination of things we can point to in the public record now, the unbelievable acquiescence to Vladimir Putin in Helsinki, that was positively shocking to those of us who worked in the national security, all of the charging documents, people associated with the president, all of those point to a reasonable inference -- and it's a painful anguishing thing to acknowledge -- that the president of the United States is a clear and present danger to the national security of the United States," he concluded.