Trump had his confidantes lie publicly multiple times before he ordered Cohen to lie to Congress: national security expert 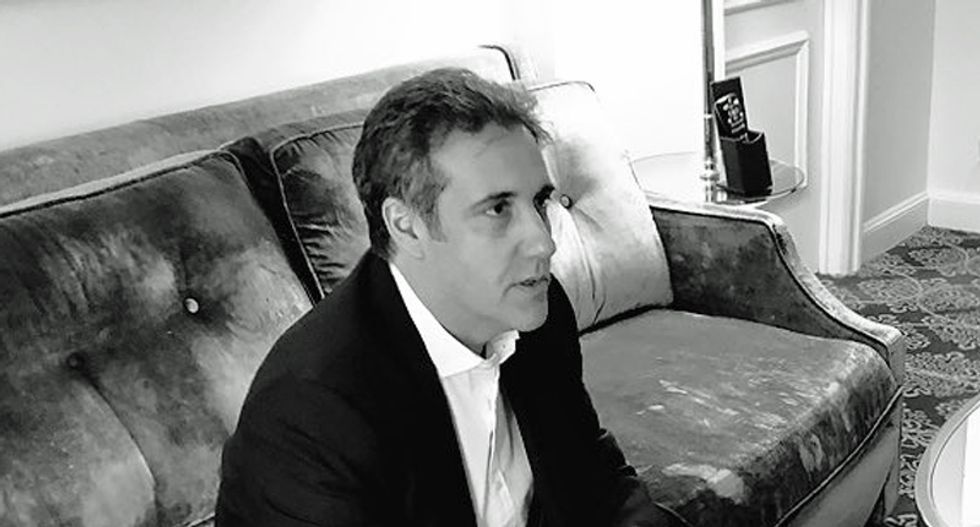 Donald Trump convinced his most trusted confidantes to lie to law enforcement for him, one national security expert argued — and did so repeatedly.

Independent journalist Marcy Wheeler wrote in The New Republic Wednesday about the controversial BuzzFeed News report about Trump ordering his "fixer" Michael Cohen to lie to Congress. Wheeler wrote that it was "the first known example of Trump explicitly telling a subordinate to lie directly about his own dealings with Russia," there were several times prior when the president did just that.

She noted that in September 2017, The New York Times reported that Trump had White House aide Stephen Miller draft a memo about why he fired former FBI director James Comey earlier that year — while they were at his Bedminster golf club in New Jersey.

"The letter cited comments Comey had made about the FBI’s investigation into Russia’s interference in the 2016 election," Wheeler wrote. "White House counsel Don McGahn later massaged those references in Comey’s actual termination letter, to suggest that Comey was being fired for a different reason (though Trump would admit that the Russia investigation was the actual cause days later on television)."

"Given that McGahn’s letter was sent to the FBI director," she added, "it amounted to a lie to the bureau."

She cited the 2018 Times report that the president dictated a response about the infamous Trump Tower meeting in June 2016 that claimed the meeting was about Russian adoption — an excuse that's since been proven false.

Wheeler added that Trump and Don Jr. both insisted that there was "no follow-up" to the meeting — a claim the president's eldest son repeated in his sworn Congressional testimony. It was also later proven as a lie by Rod Goldstone, the British publicist who set the meeting up.

"Trump Organization lawyers urged Rob Goldstone, who set up the meeting, to endorse the claim," Wheeler wrote. "They did this even though they had to have known it wasn’t true. Indeed, less than a week after Trump’s lawyers tried to get Goldstone to back him up, Trump’s assistant forwarded Goldstone an email he sent her the prior year, showing it to be false."

"The record indicates that Trump decides what lie is going to be told," she concluded, "and the people around him, indirectly or otherwise, do what they need to sustain it, even if it includes lying to Congress, the FBI, and Mueller’s team."

Read the entire analysis via The New Republic.