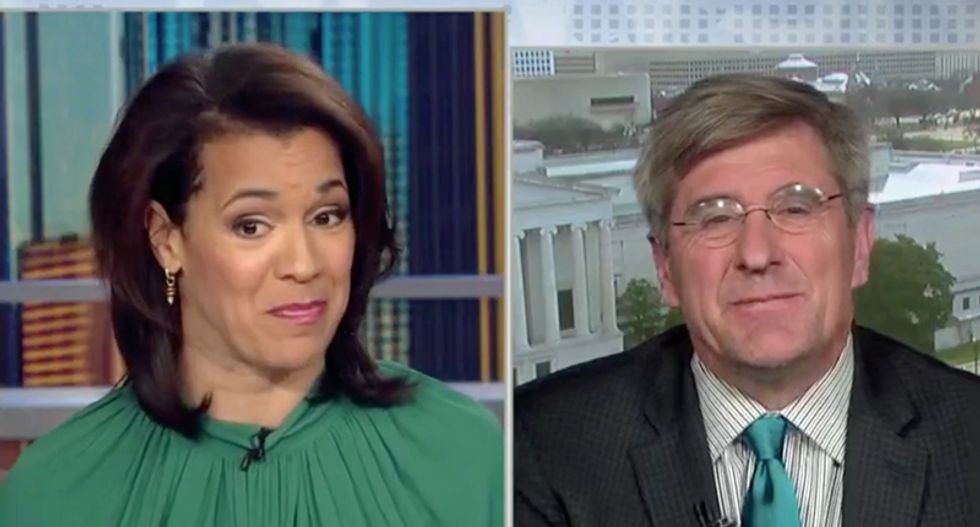 The pattern of Donald Trump supporters embarrassing themselves by appearing out-of-touch on the impact of his shutdown continued on Saturday, one day after the longest shutdown in American history ended without the White House receiving funding for Trump's wall.

Stephen Moore, one of the top economic advisors on Donald Trump's 2016 campaign, attempted to claim that Trump's shutdown had no negative impact for the "vast majority" of Americans.

First, Moore suggested the shutdown was a paid vacation for furloughed employees.

"Yes, it negatively impacted the 800,000 workers, most of them, a lot of them, I have friends who live in Washington, D.C. who treated it like a paid vacation because they will get paid," Moore claimed. "And I'm not minimizing the impact, but it is so interesting, for most Americans around the country, the vast majority of Americans, they weren't affected at all by this," he argued.

"This is not what any of these people want to hear," she said. "So do not go on, do not go on CNN and have another Wilbur Ross moment, please."

Commerce Secretary Wilbur Ross was widely condemned for not understanding why unpaid federal works were turning to food banks.

Moore kept doubling down as the panel became more tense, with both host and Lopez piling on.

"In Ohio or Michigan or Pennsylvania, a lot of people didn't know the government was shut down," Moore claimed. "That's how insignificant a lot of these agencies are. People didn't even know, unless they watch CNN: