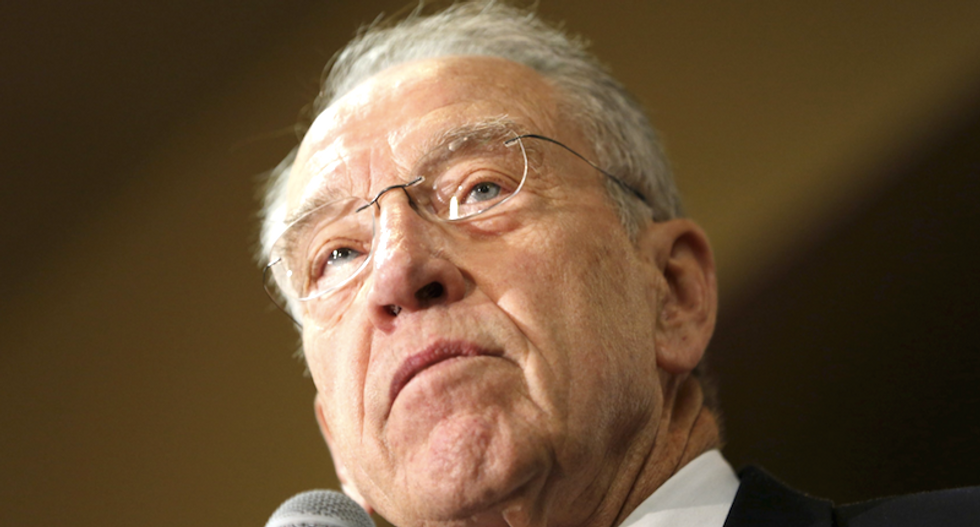 U.S. President Donald Trump is likely to move ahead with tariffs on imported vehicles, a move that could prompt the European Union to agree a new trade deal, said Senate Finance Committee Chairman Charles Grassley on Wednesday.

“I think the president’s inclined to do it,” the Republican senator told reporters. “I think Europe (is) very very concerned about those tariffs ... It may be the instrument that gets Europe to negotiate.”

Grassley, who has had regular talks with Trump and U.S. Trade Representative Robert Lighthizer on trade issues, said he did not like new tariffs but “they are a fact of life when Trump is in the White House.” He said they may have been an “effective tool” in getting China, Canada, Mexico and others to negotiate on trade.

Iowa senator Grassley also wants the EU to agree to include agricultural issues in trade talks, although EU trade commissioner Cecilia Malmström said last week the 28-country bloc could not negotiate on agriculture.

The White House has pledged not to move forward with imposing tariffs on the European Union or Japan as long as it is making constructive progress in bilateral trade talks.

Trump has urged the EU to drop its 10 percent tariff on imported vehicles. The U.S. passenger car tariff is 2.5 percent, while it imposes 25 percent tariffs on pickup trucks.

“Cars is the big one,” Trump said last year.

The prospect of 25 percent tariffs sent shockwaves through the auto industry, with U.S. and foreign-brand producers lobbying against it.

German automakers met with Trump in December to urge him not to impose tariffs. On Monday, Volkswagen AG said it would invest $800 million in its Chattanooga, Tennessee operations and add 1,000 jobs to build electric vehicles. That drew praise from Trump.

Automakers say imposing 25 percent tariffs would raise cumulative prices for U.S. vehicles by $83 billion annually and cost hundreds of thousands of jobs. They argue there is no evidence auto imports pose a national security risk.

Earlier this week, Senators Doug Jones and Lamar Alexander re-introduced legislation to delay any 25 percent auto tariff and require the International Trade Commission to conduct a comprehensive study before tariffs could be applied.