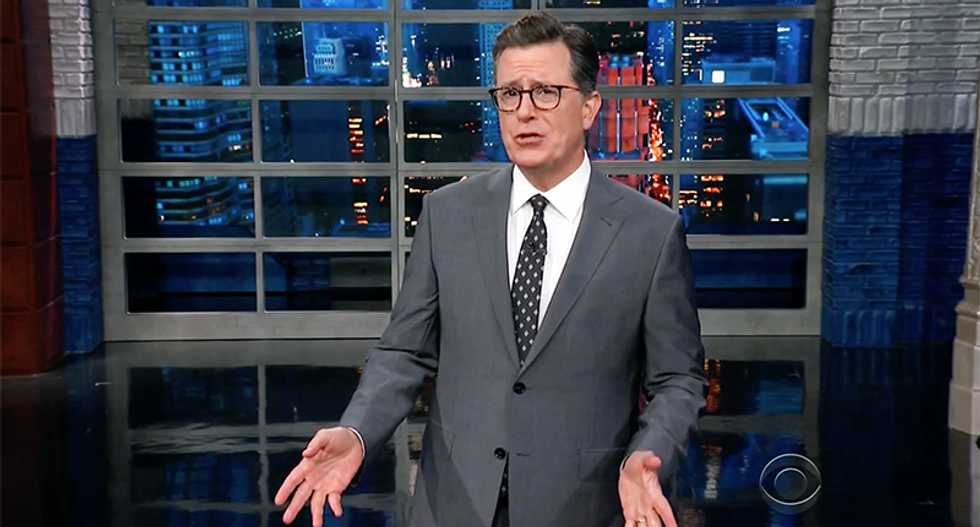 Trump reopened the government for three weeks without funding from Congress for his border wall. After a five-week government shutdown, Trump has not changed his deal-making strategy. Trump threatened in a tweet that he would shut down the government again if Congress does not approve funding for his wall.

"Just to be clear, he is making the exact same offer with the exact same threat. But somehow expects different results. You know what they say, the definition of insanity is Donald Trump," Colbert joked.