Trump may try to pay for the wall by plundering billions meant for housing America's troops: report 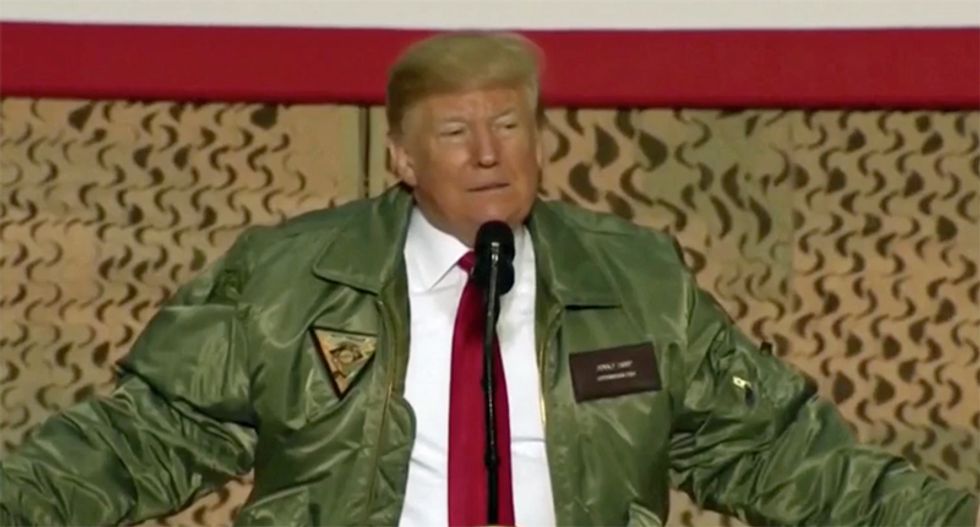 If President Donald Trump declares a national emergency on Tuesday night and tries to bypass Congress to build his border wall, how will he be able to do it?

One congressional aide tells the Wall Street Journal that Trump may be able to squeeze $13.3 billion from the Pentagon's budget in order to pay for wall construction even though that money had been allocated for "projects such as military housing that Congress previously authorized."

However, Trump's emergency order redirecting congressional funds for the wall is likely to be immediately challenged in court, as the Constitution explicitly states that Congress -- not the president -- has power to decide how taxpayer money is spent.

According to the Journal's analysis, "one federal law states that when there is a declaration of war or a national emergency requiring the armed forces to respond, the secretary of defense can 'undertake military construction projects... that are necessary to support such use of the armed forces' from the Pentagon construction budget" without congressional approval.

However, opponents of the president's actions would likely challenge the entire basis of the president's "emergency" declaration by arguing that illegal border crossings are not anywhere close to historically high, and the president never thought to declare a national emergency during his first two years in office, even though the situation at the border as stayed largely the same during that time.