Trump must be talking to portraits of dead presidents -- because no living presidents support his wall: historian 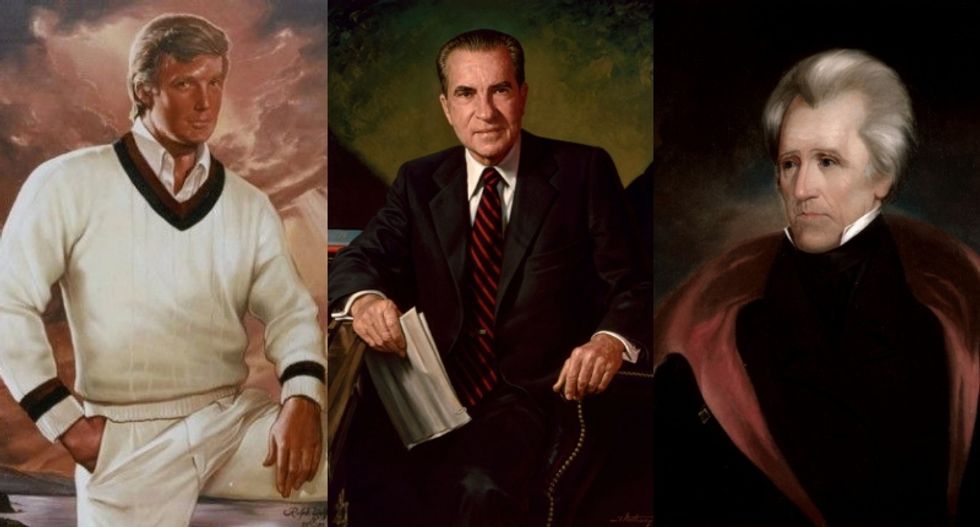 A presidential historian on Monday tried to figure out which president told Donald Trump that he wants the Mexican border wall built -- and noted that they must not be alive.

Earlier in the day, President Jimmy Carter became the last of the living presidents to deny telling Trump he approves of the wall, telling the New York Times that he has "not discussed the border wall with President Trump and do not support him on the issue."

The report noted that aides to Presidents Bill Clinton, George W. Bush and Barack Obama also denied that they expressed approval for the wall to Trump.

Given those facts, presidential history author and civic engagement campaigner Larry Sabato pointed out that Trump wouldn't be the first to speak to portraits.

"What about the dead Presidents?" Sabato added. "After all, Nixon talked to the portraits on the White House wall back in 1974. Andrew Jackson’s right in Trump’s Oval Office."