Trump says time, location for summit with North Korea's Kim has been set 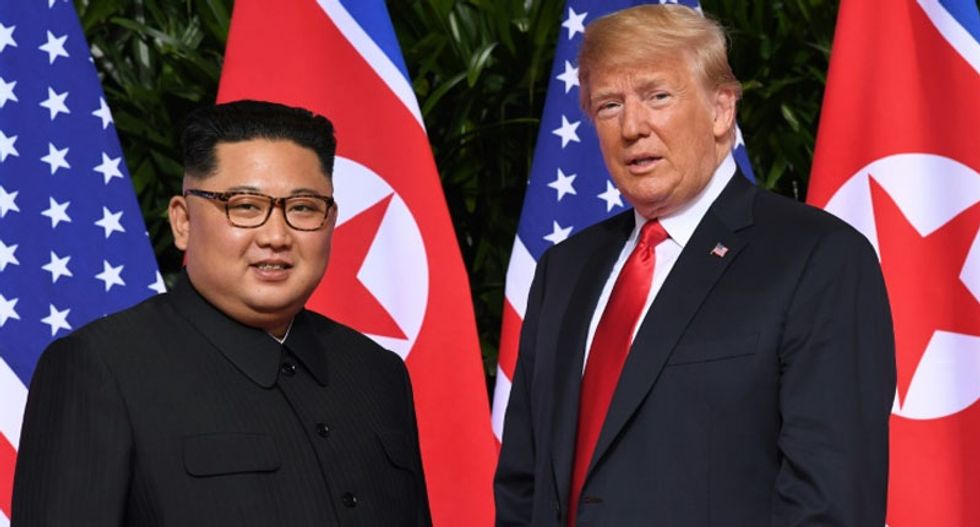 U.S. President Donald Trump said on Thursday a time and location for his second summit with North Korea’s Kim Jong Un had been agreed upon, but he did not give any details and said they would be announced next week.

Secretary of State Mike Pompeo said in an interview on Wednesday he was dispatching a team to prepare for the summit to be held somewhere in Asia in late February.

The last summit, which took place in Singapore in June, was the first such event between a sitting U.S. president and a North Korean leader.

The meeting resulted in a vague commitment by Kim to work toward the denuclearization of the Korean peninsula. But he has not yet taken concrete steps to that end, in Washington’s view.

Trump said he was making “tremendous progress” with North Korea, but provided no evidence.

In excerpts of a speech due to be delivered on Thursday in Palo Alto, California, U.S. Special Representative for North Korea Stephen Biegun said Washington must reach a deal with North Korea on expert access and monitoring mechanisms of key nuclear and missile sites, and “ultimately ensure removal or destruction of stockpiles of fissile material, weapons, missiles, launchers and other weapons of mass destruction.”