Trump says US is having tremendous success with China on trade 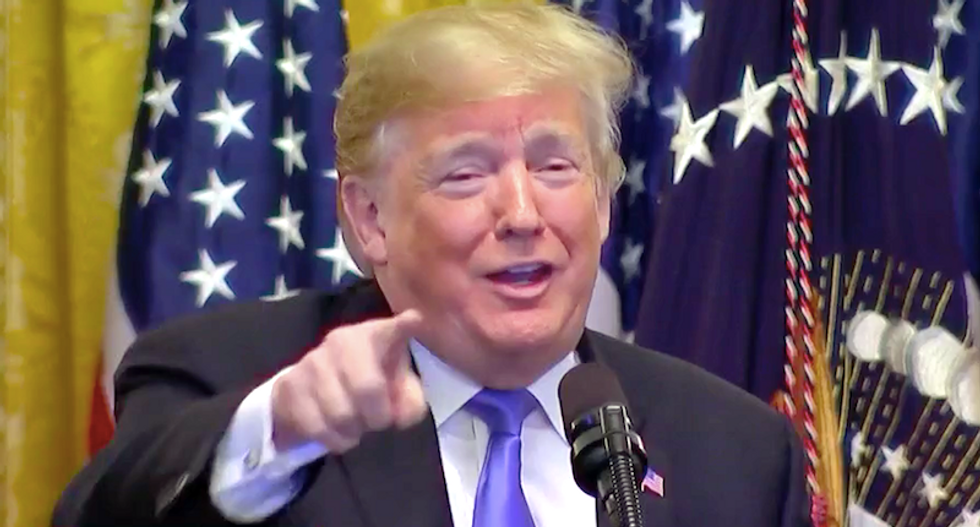 President Donald Trump said on Thursday the United States was having tremendous success in its trade negotiations with China, a day after U.S. and Chinese officials concluded three days of talks in Beijing.

The meetings in China were the first face-to-face talks since Trump and Chinese President Xi Jinping met in Buenos Aires in December and agreed a 90-day truce in a trade war that has disrupted the flow of hundreds of billions of dollars of goods.

Trump, a Republican, has accused China of cheating the United States on trade and stealing U.S. intellectual property, though he often has said he has a good personal rapport with Xi.

“We’re negotiating and having tremendous success with China,” Trump told reporters as he left the White House on a trip to the U.S. border with Mexico on the 20th day of a partial shutdown of the U.S. government. He did not elaborate.

He added that he found China to be in many ways “far more honorable” than congressional Democratic leaders Senator Chuck Schumer and House Speaker Nancy Pelosi.

Trump is locked in a stalemate with congressional Democrats over his demand for $5.7 billion in partial funding to build a wall on the U.S.-Mexico border. The dispute triggered a shutdown of about one-quarter of the federal government, and Trump has said he will not sign any bill to reopen the government that does not include funding for the wall.

“I think that China is actually much easier to deal with than the opposition party,” he said.

Washington has presented Beijing with a long list of demands that would rewrite the terms of trade between the world’s two largest economies. They include changes to China’s policies on intellectual property protection, technology transfers, industrial subsidies and other non-tariff barriers to trade.

Some 40 days into the 90-day truce, there were few concrete details on progress made so far. The meetings in Beijing this week were not at a ministerial level, so were not expected to produce a deal to end the trade war.