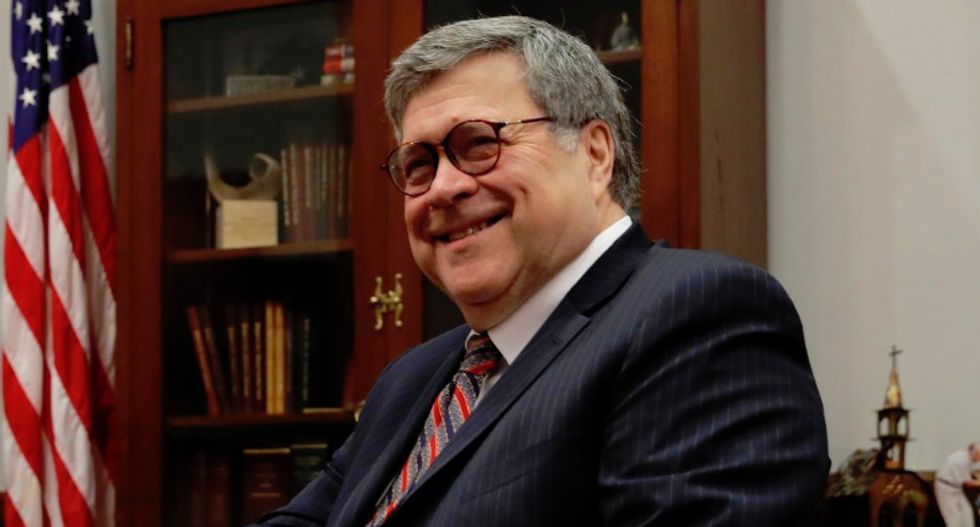 President Donald Trump’s nominee for U.S. attorney general, William Barr, will likely have to explain his past criticism of Special Counsel Robert Mueller’s probe of Russian election meddling at his Senate confirmation hearing starting on Tuesday.

Senators were expected to seek assurances that he will protect Mueller’s inquiry - a frequent target for criticism by Trump and his allies - from political attack.

Previously attorney general under Republican President George H.W. Bush in the 1990s, Barr was expected to testify under oath that if he becomes the nation’s top law enforcement officer, he will allow Mueller to complete the probe.

In advance testimony released ahead of his appearance before the Senate Judiciary Committee, Barr said it was “very important” that Mueller be able to finish and that the findings from his inquiry become public.

Barr will have to square that promise with an unsolicited, 19-page memo he wrote last year that called Mueller’s probe “fatally misconceived” for examining whether Trump obstructed justice by firing FBI Director James Comey in 2017.

The Mueller probe, which has been a cloud over the 2-year-old Trump presidency, is focused on Russia’s meddling in the 2016 presidential election in Trump’s favor, any possible collusion between Moscow and Trump’s campaign and any subsequent obstruction of justice that followed.

Trump frequently criticizes the probe as a “witch hunt.” Russia has denied U.S. intelligence agencies’ findings that it interfered in the 2016 election. Trump has denied any collusion.

In his two-day confirmation hearing, Barr was also expected to face questions about his views on prison sentencing, antitrust enforcement and other issues he would face as head of the Justice Department. But the Mueller probe will likely dominate the committee’s discussion.

Barr’s nomination is expected to win approval in the Senate, where he has broad support among Republicans who control the chamber. Barr could also benefit from the fact that some Democrats view him as a better option the man who currently holds the job, acting Attorney General Matt Whitaker.

In the advance testimony, Barr said his memo from last year did not question the legitimacy of the probe as a whole but only expressed concerns that Mueller might be improperly interpreting a law governing obstruction of justice.

The memo did not “argue, as some has erroneously suggested, that a president can never obstruct justice,” Barr will say.

Some Democrats say the memo from last year underscores Barr’s expansive views of presidential power, which could be important as prosecutors and House of Representatives Democrats intensify investigations of Trump’s personal business practices and his presidency.

Democratic Senator Chris Coons said he planned to ask Barr about “some of his previous actions around executive power and its application to civil liberties.”