Trump’s cabinet is full of backstabbers -- and he has no one to blame but himself: MSNBC 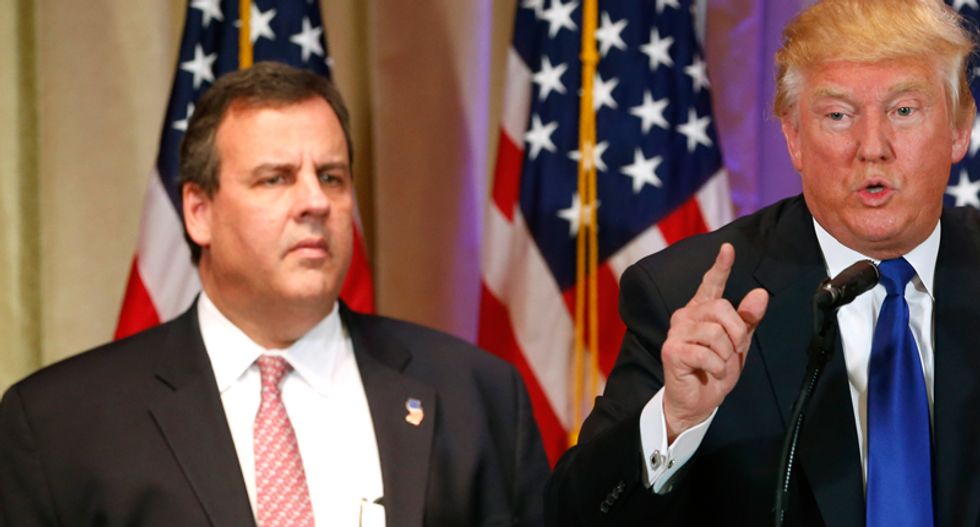 Donald Trump, with Chris Christie at his side, speaks about the results of Super Tuesday primary and caucus voting during a news conference in Palm Beach, Florida March 1, 2016. REUTERS/Scott Audette

MNBC's Ayman Mohyeldin said on Thursday the big takeaway from former Trump transition team leader Chris Christie seemed to be that the president was running out of friends in a cabinet filled with backstabbers.

"It does look like the president might not have any friends left when you read this book and see some of his inner circle," Mohyeldin said, reading an excerpt from Christie's book. "It's really just down to his family that are loyal to him in a very strong way.'

"Everyone seems to have a target on their back when it comes to Chris Christie, except for Donald Trump himself," agreed MSNBC analyst and former CIA agent Ned Price, who went on to say the president has no one to blame but himself for his legal problems.

"We've heard Donald Trump in recent days say the buck doesn't stop with him, it stops with everybody, in his own words, but of course we know that not to be the case," Price said. "It wasn't Jared Kushner or anyone else, for example, who made the final decision to hire Michael Flynn as his national security adviser even after President Obama warned him against it." He added that Trump had also signed off on Paul Manafort, Rick Gates, and George Papadopoulos, all of who pled guilty to charges brought by special counsel Robert Mueller.

"Chris Christie says something interesting, that the president's team is comprised in part of convicted and unconvicted felons," Price went on. "I think the big question [is] those who have committed crimes who have yet to face justice."