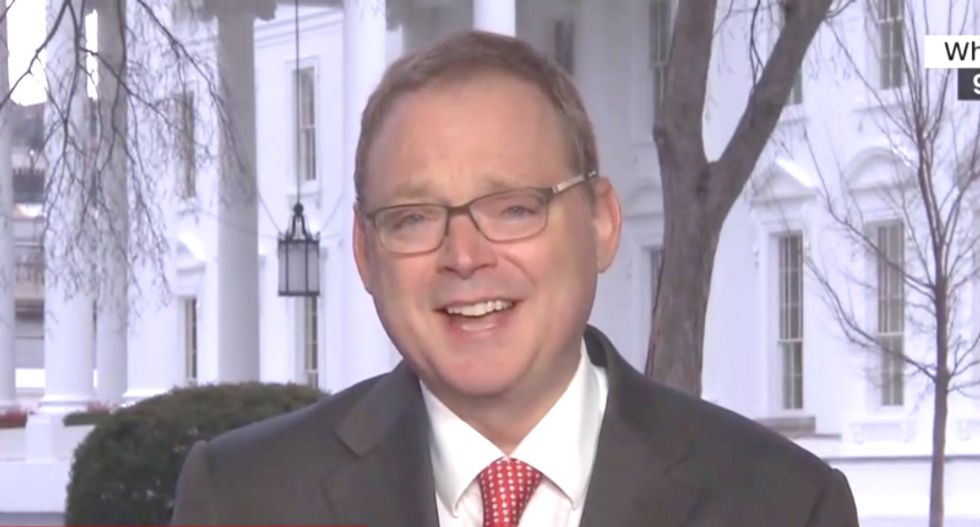 CNN's Poppy Harlow got right to the point on Wednesday with Chairman of the White House Council of Economic Advisers Kevin Hassett, asking him pointedly "what is this shutdown going to cost our economy?"

"Of course it looks like folks are gonna once again miss a check and there's a lot of enormous focused personal cost," Hassett said, adding that "a lot of the cost that we're feeling right now" is shouldered by individual furloughed workers. "On the macroeconomic level, on the overall economy, there's a loss of about a tenth of a percent of GDP each week."

"Here's the issue. I'm not going to buy two sandwiches for lunch when the government opens again, or go buy three lattes that I didn't buy when it was closed, so you don't get that back," shot back Harlow. She noted that growth estimates were already shrinking, and asked "by your calculation couldn't we then see zero growth if this persists through end of the quarter?

Hassett tried to dodge the subject saying it would "put your viewers to sleep", but Harlow continued to hammer him, asking again "could we get zero growth?"

"The first quarter has tended to be weak," Hassett replied as Harlow shook her head impatiently.

"We could, yes," he said. "If it extended for whole quarter and given the fact that the first quarter tends to be low because of residual seasonality, you could end up with a number very close to zero."