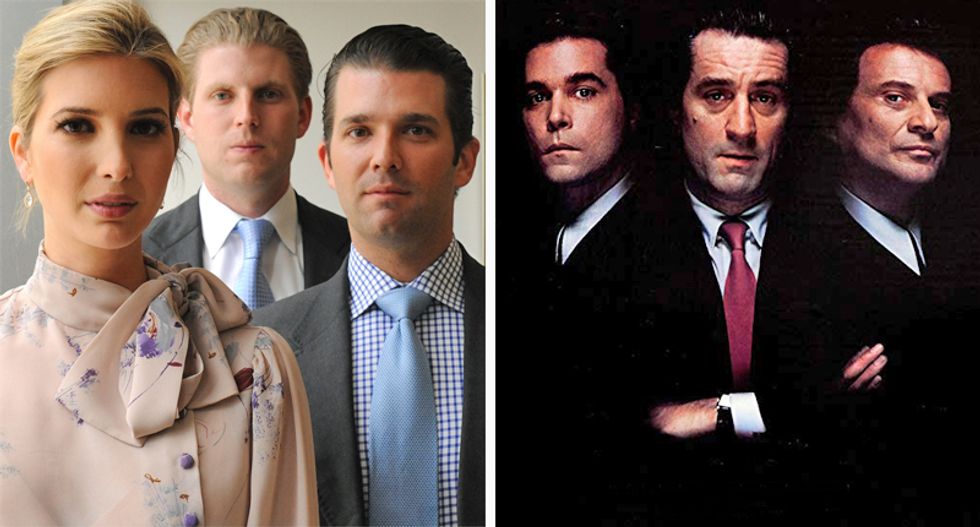 President Donald Trump's witness intimidation routine is straight out of a mafia movie, MSNBC's "All In" with Ari Melber explained on Monday.

"The other top story coming out of Congress tonight is truly concerning," Melber noted. "The chairman of the top House committees warning the president against committing the crime of witness tampering, telling Trump federal laws prohibit efforts to intimidate or pressure witnesses against testifying."

"The unusual warning is a response to Trump attacking his former lawyer, Michael Cohen's family in this interview," Melber continued, playing a Fox News clip.

"Democrats say that may be a crime, because threatening a witness's family to shape testimony is witness intimidation, a familiar crime from mafia circles and mob movies, from John Gotti to Frank White," he noted.

This is not okay, not normal. That the witness intimidation continues while hundreds of thousands of honest public… https://t.co/t3GbG7NTHQ
— James Comey (@James Comey)1547497567.0

"I think it's his rendition of what a gangster would be," Cobb replied. This is kind of a fun exercise to think about how much of the president's public pronouncements could be interchangeable with the voiceover from Goodfellas.

"He is a construction guy from Queens, he has certainly been in contact or come into some circles in which there are people from organized crime -- just by the nature of that business and the time in which he was involved in it," he noted. "There is the lingo, the tough guy act he puts on, you would never know he is the kind of WASP upper-class scion."

"And then he is using this language," he continued. "He is calling Michael Cohen a rat and saying what about your father-in-law and all these other kinds of things, as if they were just taken verbatim from a gangster movie or The Tony Soprano Guide to American Governance."

The gallery in the Idaho House was restricted to limited seating on the first day of a special session in late August. Lawmakers wanted space to socially distance as they considered issues related to the pandemic and the November election.