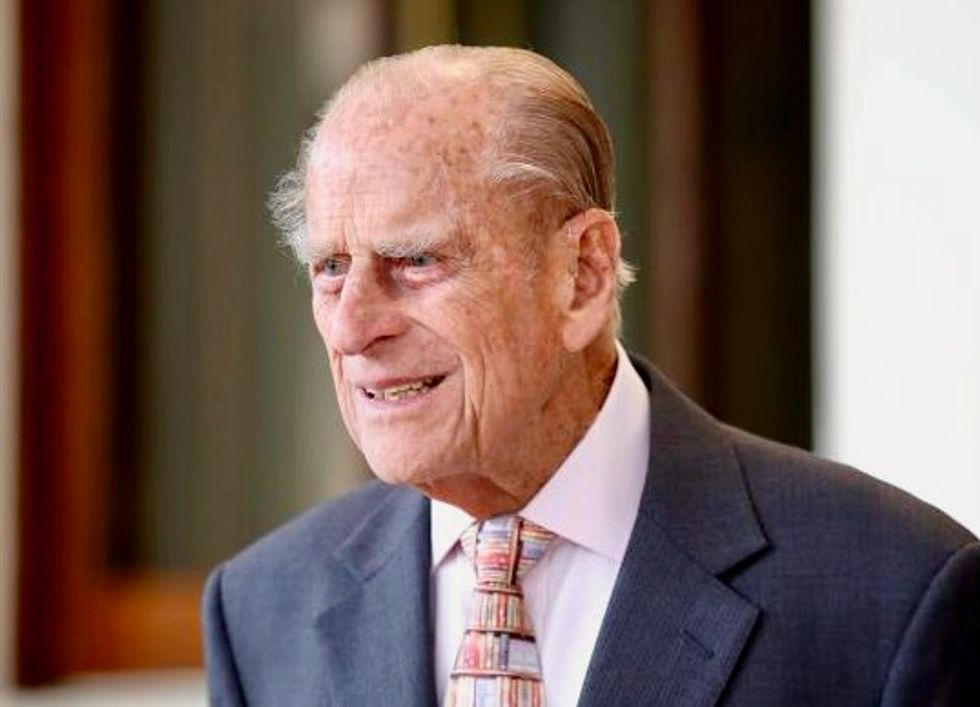 Queen Elizabeth’s husband, Prince Philip, the Duke of Edinburgh, 97, escaped uninjured from a car crash while driving on Thursday near the Sandringham estate in eastern England, Buckingham Palace said.

Police said two people in a car that collided with the prince’s had been treated for minor injuries.

Pictures from the scene showed a Range Rover overturned on the side of the road. The accident occurred when Philip had been pulling out of a driveway onto a main road, the BBC reported. It quoted a witness as saying the Duke was very shaken.

“The Duke of Edinburgh was involved in a road traffic accident with another vehicle this afternoon,” the palace said in a statement. “The Duke was not injured. The accident took place close to the Sandringham Estate.”

A palace spokeswoman later confirmed Philip was at the wheel and that he was checked by a doctor afterwards. He did not go to hospital and was now back at Sandringham, the private country residence owned by Queen Elizabeth in Norfolk, in the east of England.

Local police said they were called to the scene around 1500 GMT following reports of a collision involving two cars.

Philip married Elizabeth in 1947 and has been by his wife’s side throughout her long reign.

Since retiring from official solo duties in 2017, he has appeared in public alongside the Queen and other members of the royal family at events and church services. He had successful hip replacement surgery last year.

The former naval officer did not accompany the Queen to a church service on Christmas Day last month though a royal source said he was in good health.