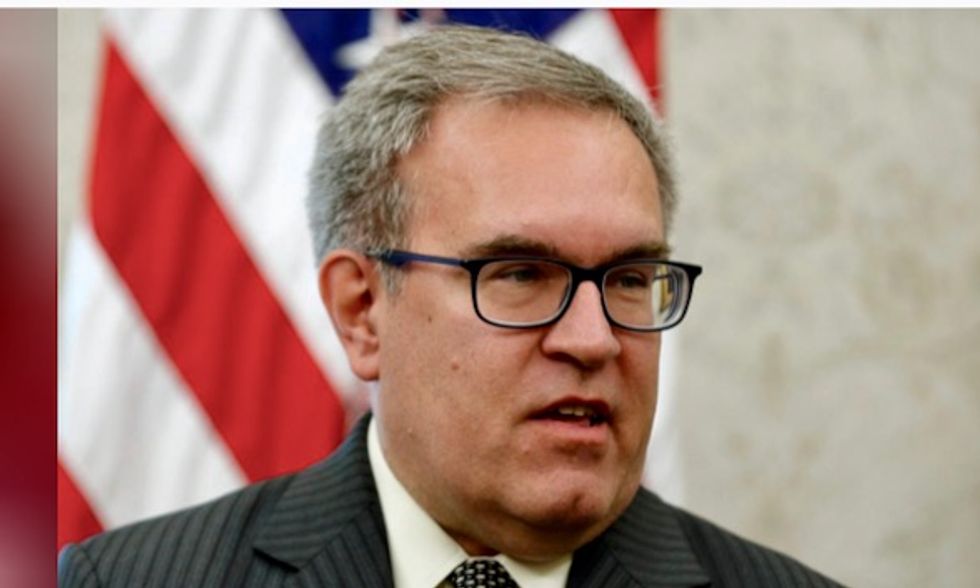 Democratic lawmakers on Wednesday slammed U.S. President Donald Trump’s new pick to run the Environmental Protection Agency as a pro-business extremist, but harbored little hope of blocking his confirmation in the Republican-controlled Senate.

A Washington insider with years of experience as a top aide to Republican Senator Jim Inhofe, a climate change doubter, Wheeler has been running the EPA since July, when Pruitt resigned in a flurry of criticism over his travel expenses and use of resources and staff for personal matters.

“Mr. Wheeler is certainly not the ethically-bereft embarrassment that Scott Pruitt proved to be,” Senator Tom Carper, the top Democrat on the Senate Environment and Public Works Committee, said in opening remarks at Wheeler’s confirmation hearing.

Carper, however, added: “Mr Wheeler’s environmental policies appear to be just as extreme as his predecessor’s.”

Wheeler’s opening remarks, which were briefly interrupted by shouting protesters, focused on what he called his work to reduce the regulatory burden on business while also protecting air and water quality for Americans.

Democrats have said they would press Wheeler during his confirmation hearing on his past lobbying, which includes work for underground coal giant Murray Energy - a vocal proponent of reduced environmental and safety regulation.

They are also likely to continue to needle Wheeler about his record so far at EPA, which has largely been a continuation of Pruitt’s moves to undo or weaken the Obama administration’s environmental regulations - including on power plant pollutant emissions.

Industry representatives and Republican lawmakers, however, have largely praised Wheeler for his deregulatory stance, arguing the EPA has for years hurt growth by imposing overly-burdensome requirements on businesses.

“He understands how the regulatory process works and the type of effort that is required to develop effective and legally defensible regulatory reforms,” said Jeff Holmstead, a partner at industry-focused law firm Bracewell and a former EPA air administrator.

Dominique Browning, a member of the group, wrote in a New York Times op-ed on Monday that Wheeler “should not be entrusted with protecting us from harm” and that his recent move to weaken mercury limits by downplaying their benefits was harmful.