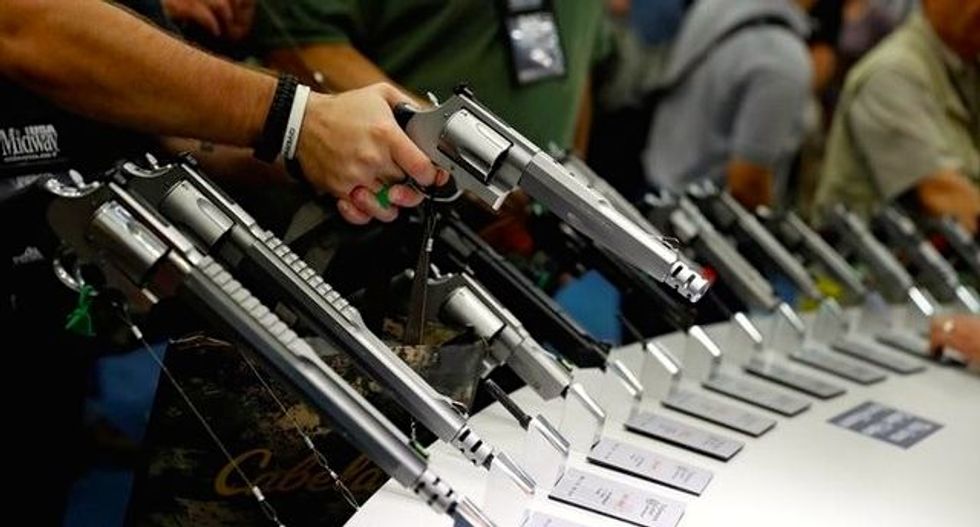 The National Shooting Sports Foundation estimated 2018 sales at 13.1 million firearms, down from 14 million the previous year and down 16.5 percent from record 2016 sales of 15.7 million.

A previous boom that saw gun sales double over a decade through 2016 corresponded largely with Democratic President Barack Obama’s time in office, when fears that gun control laws would be enacted drove gun aficionados to stock up.

Industry representatives attributed the subsequent decline to a market correction as well as politics.

“Obama was the best-selling president for guns. Every time he opened his mouth,” said Trisha Kinney, owner of Blue Collar Firearms in Colton, California.

The peak year of 2016 coincided with the presidential campaign in which Democrat Hillary Clinton was expected to win. Steady monthly increases only reversed themselves in December, after the victory of Republican Trump.

Consumer gun sales affect a $40 billion industry of manufacturers and retailers of guns, ammunition and accessories.

“The industry was in dire need of a correction. We lived through a 20-year bubble. That’s one of the biggest reasons we’re seeing a little bit longer-lasting correction,” said Dave Howell, founder of Howell Munitions & Technology, whose Idaho-based company filed for bankruptcy protection last year.

Howell dated the boom to the presidency of Democrat Bill Clinton in the 1990s and said it extended throughout the Republican administration of George W. Bush, bucking the normal political trend in reaction to the attacks of Sept. 11, 2001.

In California, the state with some of the strictest gun laws, some retailers reported brisk sales in part because Democratic Governor Gavin Newsom promised additional measures during his campaign. Kinney said her new-gun sales rose 14 percent in 2018.

Kurt Krasne, president of San Diego-based holster and magazine maker Triple K Manufacturing Co, said he felt the pinch in 2017 but saw a recovery in the fourth quarter of 2018.

“I think 2019 will probably trend out to a little bit more normal instead of that crazy growth we experienced,” Krasne said.

The NSSF bases its data on the number of background checks required for gun purchases under the National Instant Criminal Background Check System, but adjusts down to subtract checks unrelated to gun sales.