US lawmakers search for remedies as government shutdown rolls on 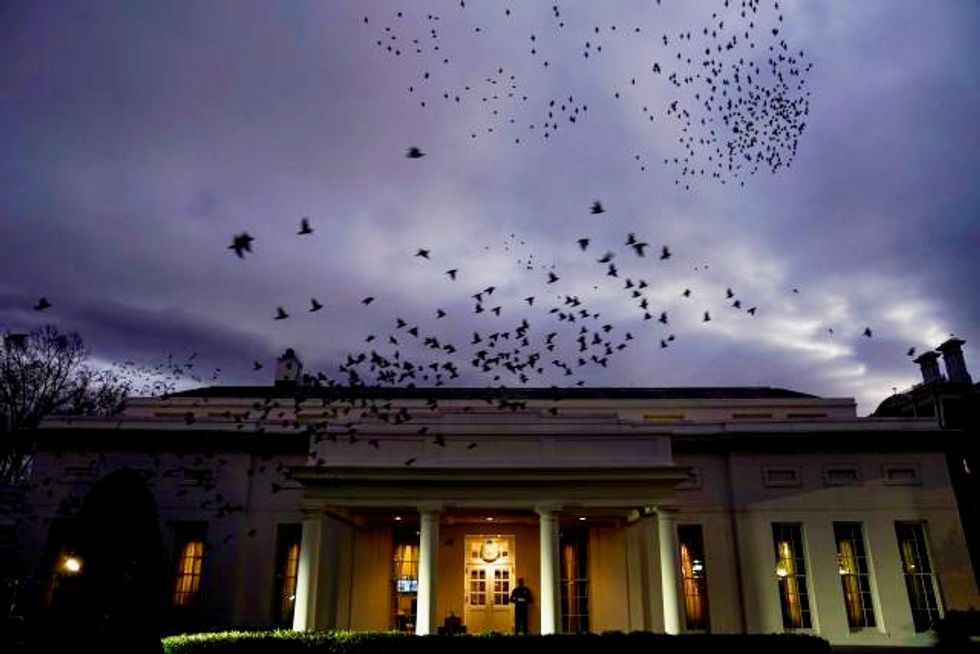 Starlings fly over the West Wing of the White House in Washington, U.S., January 9, 2019. REUTERS/Joshua Roberts

The U.S. Senate, after rejecting two shutdown-ending bills, was searching for a way to end a government closure entering its 35th day and threatening the economy, as hundreds of thousands of federal workers missed a second paycheck on Friday.

Republican President Donald Trump was dug in at the White House, continuing to insist on funding for a wall he wants to build on the U.S.-Mexico border, while the Democratic-led House of Representatives, which opposes the wall, had left Washington for the weekend.

On Thursday, a bill backed by Trump to end the shutdown by including $5.7 billion he wants for the wall and a separate bill supported by Democrats to reopen shuttered agencies without such funding did not get the votes required to advance in the 100-member Senate.

Afterward, a bipartisan group of lawmakers said they were introducing an amendment in the Senate to temporarily reopen the roughly one-quarter of the federal government affected by the longest shutdown in U.S. history. Senator Ben Cardin, one of the Democratic co-sponsors, said he did not think it contained any wall funding.

Trump said on Thursday that if Republican Senate Majority Leader Mitch McConnell and Senate Democratic leader Chuck Schumer reached an agreement to end the shutdown, he would support it.

The president also said, however, that a deal was “not going to work” unless it included “a wall or a barrier.” He said one suggestion was “a pro-rated down payment for the wall.”

White House spokeswoman Sarah Sanders said a temporary measure to reopen shuttered government departments and agencies must have “a large down payment on the wall.”

A spokesman for Schumer said on Thursday night that Senate Democrats “have made clear to Leader McConnell and Republicans that they will not support funding for the wall, pro-rated or otherwise.”

Democratic House Speaker Nancy Pelosi told reporters the possibility of legislation that includes a large down payment on a wall, “is not a reasonable agreement.”

McConnell told reporters on Thursday night: “We’re still talking. At least we’re talking. I think that’s better than it was before.”

The Senate was scheduled to work on Friday, but it was unclear whether it might take any action on ending the shutdown.

CNN reported on Thursday that the White House was preparing an emergency declaration that Trump could issue to circumvent Congress if lawmakers do not fund his wall.

Asked about the report, a White House official, who spoke on condition of anonymity, said: “Nothing is off the table, but we still believe the best path forward is working with Congress on a solution to the humanitarian and national security crisis at the southern border.”

An emergency declaration would almost certainly be swiftly challenged on constitutional grounds by Democrats.