Vermont newspaper begs Bernie Sanders not to run for president: ‘There is too much at stake to take that gamble’ 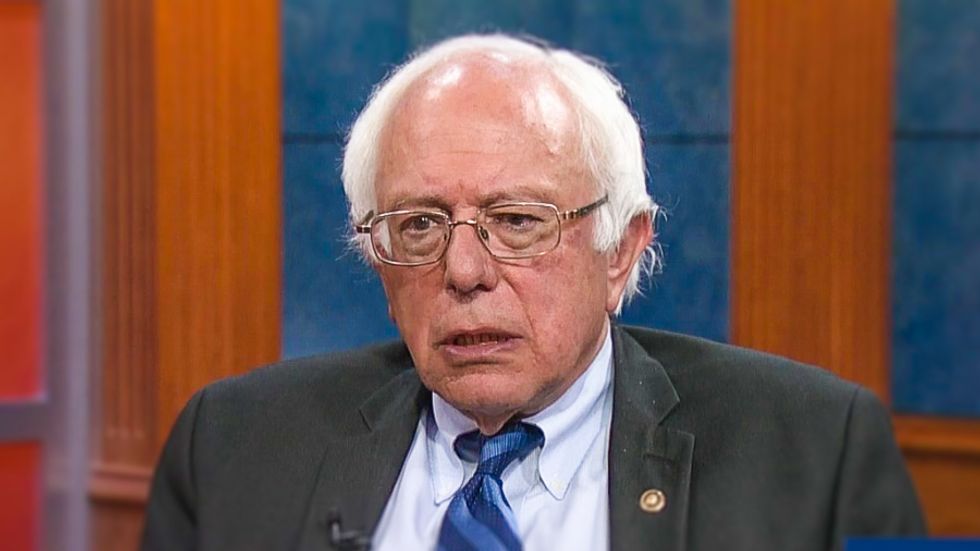 An op-ed published Saturday in the Barre Montpelier Times Argus, a Vermont daily morning newspaper, begged Sen. Bernie Sanders (VT) not to run for president, citing the former Democratic candidate’s “abrasive” personality and the “need to know when to step out of the way and let others carry the water for you.”

“Bernie Sanders should not run for president,” the paper wrote. “In fact, we beg him not to.”

The staff of the Times Argus said that part of their concern revolves around whether Sanders is loyal to “Vermont or a bigger calling,” noting that the senator “missed dozens of votes that likely would have helped Vermonters” when he ran for the Democratic nomination in 2016.

“While he makes regular visits ‘home,’ you are more likely to catch Sanders on Colbert, CNN or MSNBC than you are to see him talking to reporters here in Vermont,” the paper explained. “Evidently, microphones here don’t extend far enough.”

But for the editorial board at the Times Argus, their “greatest concern” revolves around “a fear a Sanders run risks dividing the well-fractured Democratic Party” and could split the 2020 presidential vote in a similar manner as 2016.

“There is too much at stake to take that gamble,” the board wrote.

“For us, this comes down to principle over ego. It is one thing to start a revolution, but at a certain point you need to know when to step out of the way and let others carry the water for you,” the paper said.

The editorial board likewise noted Sanders’ lackluster response to accusations of sexism in his 2016 campaign. As the New York Times wrote Thursday, Sanders’ “perceived failure to address this issue has damaged his progressive bona fides.”

Finally, the article compared Sanders to his likely Republican opponent, should he manage to clinch the Democratic nomination. As the paper wrote, Sanders’ “personality is abrasive;” he “can be bombastic and prickly,” “he can be dismissive and rude in his arrogance” and his policy, in its “elbow-throwing and idealism,” is “what we face today” from Donald Trump.

Read the full op-ed at the Barre Montpelier Times Argus.