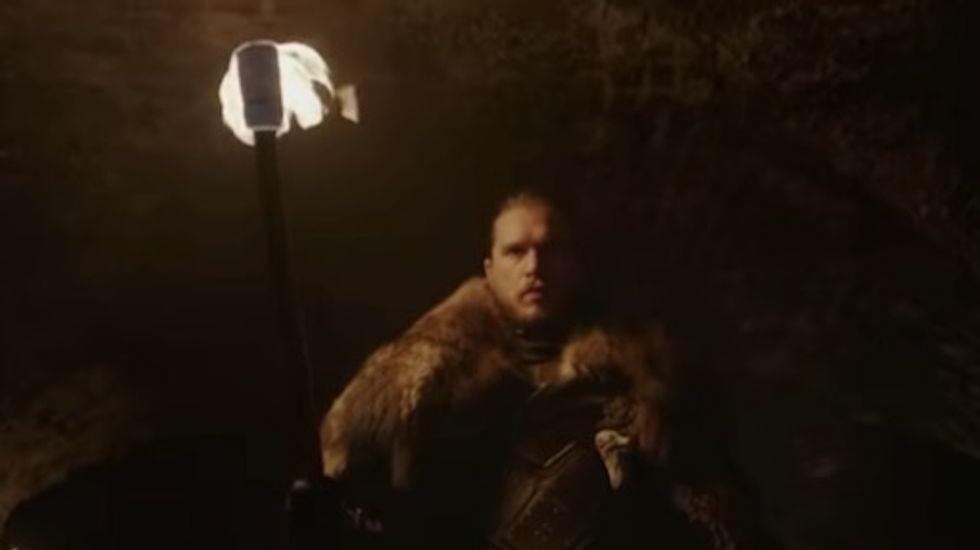 Final Season is coming - and it’s all about Jon Snow, and (just for a change) it portends death.

Or at least that’s the impression U.S. satellite network HBO chooses to give in the teaser for Game of Thrones that it unveiled on primetime TV on Sunday night.

The scene takes place in the crypts below Winterfell, where we hear the voices of the late Ned and Catelyn Stark speak of Jon as he passes their statues.

Jon is joined by Sansa and Arya Stark, and as three of the surviving children of the show’s central clan walk further through the family crypt they arrive at a set of three statues that show ... themselves.