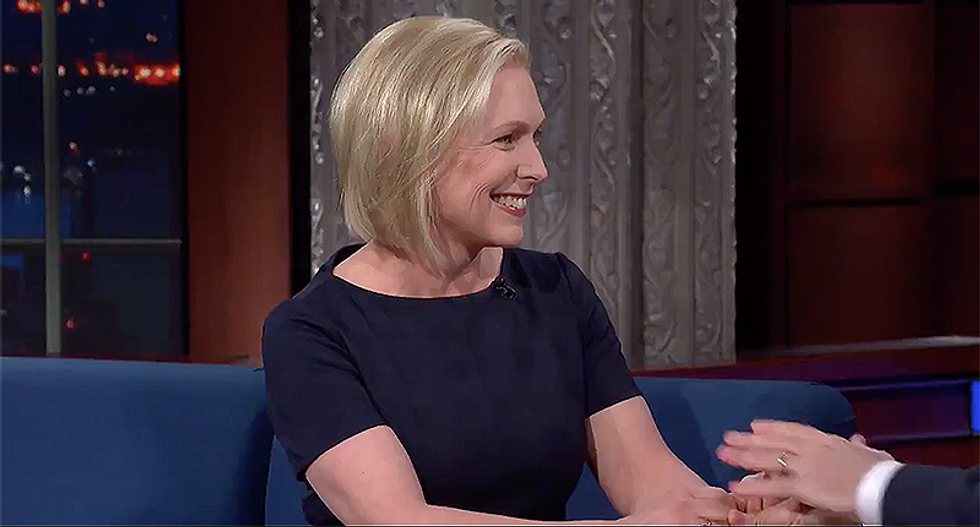 On Tuesday, Sen. Kristen Gillibrand (D-NY) announced the launch of her presidential exploratory committee during an interview with "Late Show" host Stephen Colbert.

"Why do you want to be the president of the United States?" Colbert asked.

"As a mom, I want to fight for other people's kids the way I'd fight for my own," she responded.

On Oct. 25, Gillibrand said that she would not be running and she would fulfill her six-year term in the Senate.

"I just want to make this clear: You're saying you will not run for president and you will serve your six-year term," asked the debate moderator.

"I will serve my six-year term," said Gillibrand.

TONIGHT: @SenGillibrand stops by @colbertlateshow to announce that she is forming an exploratory committee to run f… https://t.co/6puoxOiQWC
— A Late Show (@A Late Show) 1547594086.0

"I just want to make this clear: You're saying you will not run for president and you will serve your six-year term… https://t.co/KbMwlybQmv
— Harry Siegel (@Harry Siegel) 1547594194.0