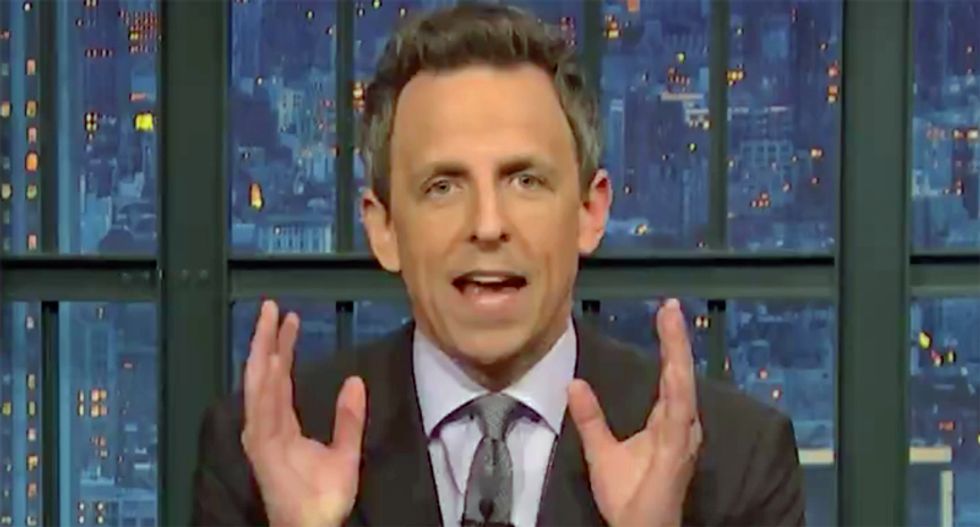 "The owner of an IT firm is claiming President Trump's former lawyer Michael Cohen failed to give him the $50,000 he was for influencing polls in Trump's favor and creating a fake Twitter account called 'Women for Cohen' and instead gave him a bag with $12,000 in cash and a boxing glove that Cohen said had been worn by a Brazilian mixed-martial arts fighter," Meyers explained.

"Raising the question -- sorry, raising one thousand questions," he said.

While Meyers did not list all one thousand questions, but he did list a dozen questions, including, "Why do you have his glove?" and "Why do you only have one?"

Meyers also asked if Cohen was a real attorney.