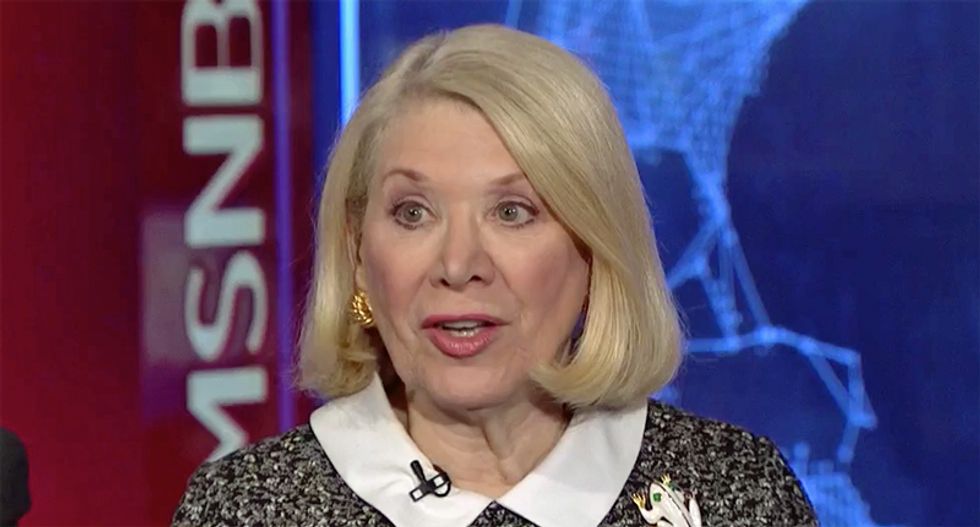 Former Watergate prosecutor Jill Wine-Banks explained the legal jeopardy facing Donald Trump after it was reported by Buzzfeed News that the president instructed Michael Cohen to lie to Congress.

"This is Michael Cohen giving the special prosecutor his own account -- of something they apparently already had through electronic communication -- of the President of the United States directing Michael Cohen while he's president, right from the Oval Office, to lie to congress," O'Donnell reported. "This truly is a Nixonian moment."

"This is exactly the Watergate model of Nixon saying you can always say, 'I don't remember, I don't recall' -- even though you do," Wine-Banks explained.

"That's subornation of perjury, plain and simple," she concluded. "It is a direct act of the president -- while he's president -- interfering not only with an investigation, but of directly conspiring to obstruct justice."

Wine-Banks said this could result in impeachment and Trump's removal from office.

"Even the Republican Senate is going to have to say we've been had, we can't have him lying to us. And in the end of Watergate, it was the Republicans who went to Nixon and said, 'You have to resign or we will convict you in the Senate.' And that's going to happen here," Wine-Banks predicted. "We're getting closer and closer."