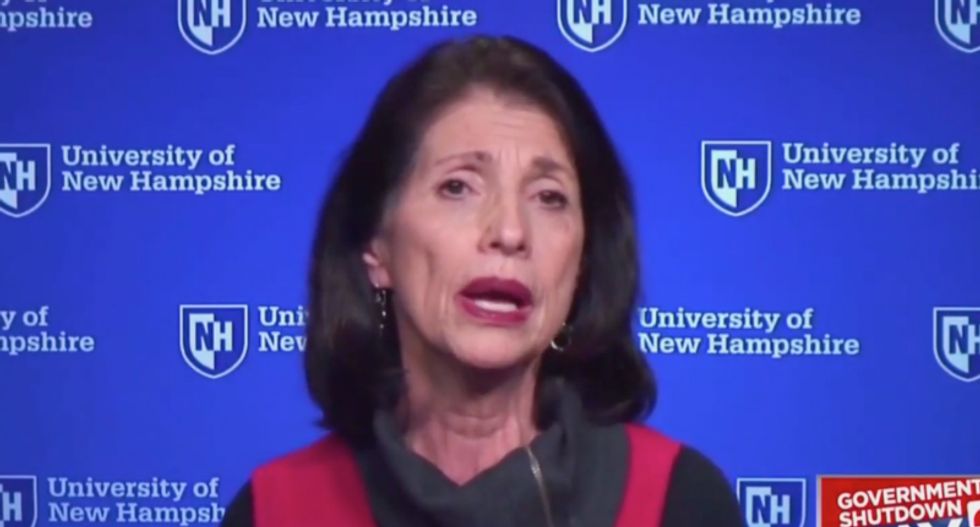 Diane Foley, mother of James Foley, the journalist killed by ISIS in 2014, asked MSNBC on Thursday why President Donald Trump wasn't more outraged about the slaying of Americans at the hands of ISIS in Syria yesterday and slammed his plans to withdraw troops from the war-torn nation.

"I think President Trump and the American people seem to forget that part of our role in Syria is to help the Syrian Kurds with the containment of about 1,100 Islamic state fighters whom they have detained," said Foley, adding that those detainees included the people that killed her son.

Host Andrea Mitchell brought up Vice-President Mike Pence's Wednesday statement that ISIS had been defeated an hour after 4 Americans were slain in an ambush, and asked Foley how the White House could claim the U.S. isn't abandoning its allies as it withdraws troops.

""If we don't keep our brave soldiers in places where they can hold on to the victories we've achieved, essentially, ISIS will just go underground," Foley replied before launching a blistering attack on the administration.

"I really wonder where is our outrage about the targeting and killing of innocent Americans. Where is our accountability?" she asked. "I call on our president to bring these two alleged captors back to our country for a transparent criminal courtroom, for true accountability."