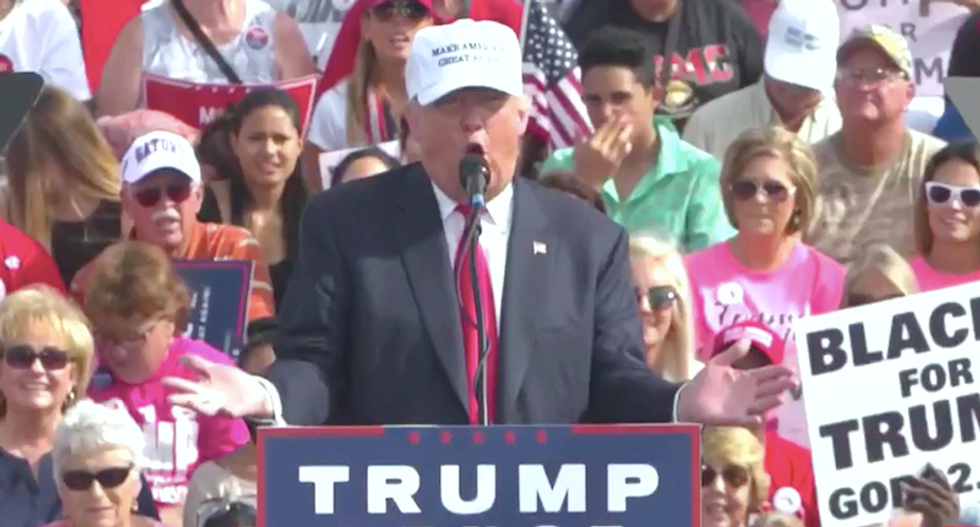 A White House official said on Tuesday that President Donald Trump may deliver his annual State of the Union Address at a political rally instead of the U.S. Capitol.

CNN's Jim Acosta said that an administration official confirmed to him that the speech could take place outside of Washington, D.C. at one of Trump's signature political rallies.

"Contingencies need to be planned," the official told Acosta.

Trump could deliver his State of the Union away from the Capitol and might even do a rally, senior official confirm… https://t.co/mjcZCgmbci
— Jim Acosta (@Jim Acosta) 1548178818.0

State of the Union Addresses traditionally take place at the U.S. Capitol but House Speaker Nancy Pelosi (D-CA) has indicated that Trump may not be welcome this year because the government shutdown has created security concerns.