'We will not cave!': Trump declares hours after caving in to Nancy Pelosi 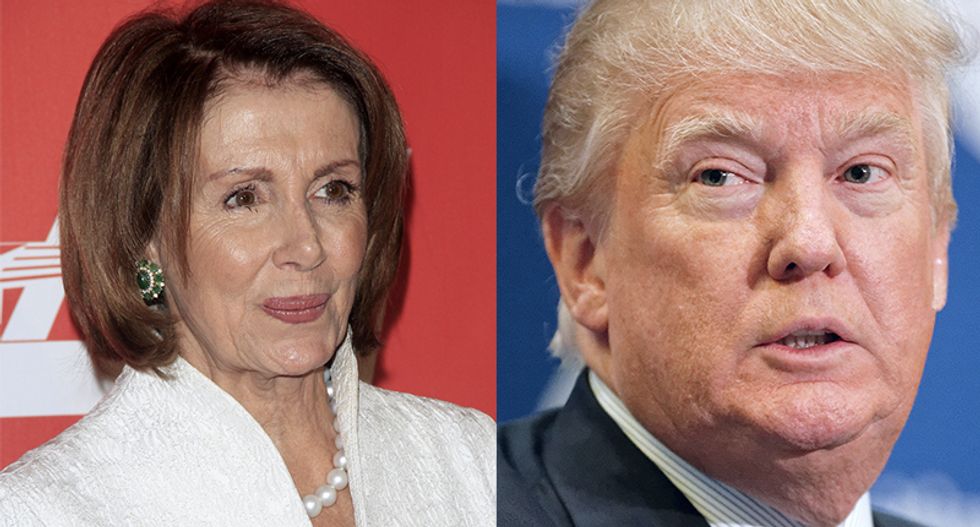 President Donald Trump proclaimed that he would never cave into Democrats. The problem is that the president did just that on Wednesday night after losing a game of chicken with Speaker Nancy Pelosi.

"Nancy just said she 'just doesn’t understand why?' Very simply, without a Wall it all doesn’t work. Our Country has a chance to greatly reduce Crime, Human Trafficking, Gangs and Drugs. Should have been done for decades. We will not Cave!" Trump tweeted.

The president also took Pelosi's comments about Commerce Secretary Wilbur Ross out of context. He seems to have missed the full part of her speech in which she cited Ross's comments that he doesn't understand why federal workers are going to food banks and why they can't simply get a bank loan. Pelosi said that she doesn't understand why Ross would say something about that and called it a "let them eat cake" moment.